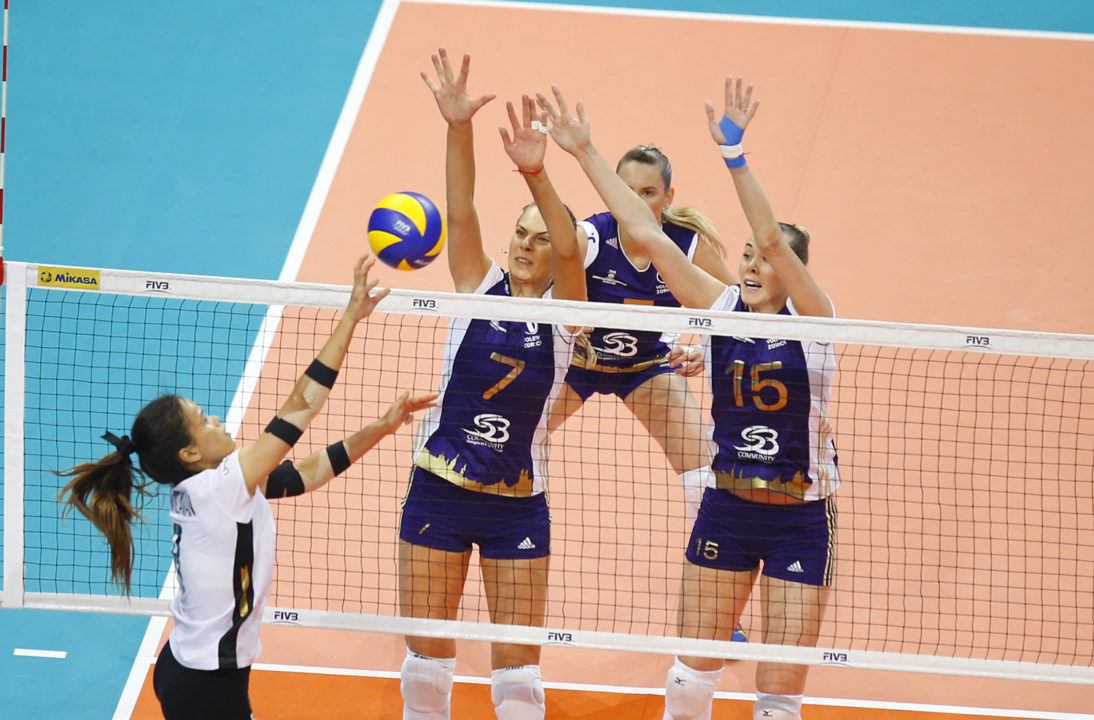 To lead Hisamitsu, Miyu Nagaoka put down a commanding 18 kills and Yuki Ishii added another nine kills in the win.

Hisamitsu’s win was only the second in the history of the competition, when last year they took down eventual gold medalists Eczacibasi VitrA Istanbul.

Pomi started off the match on a 5-0 run, until Lindsey Stalzer of the USA scored on the attack.