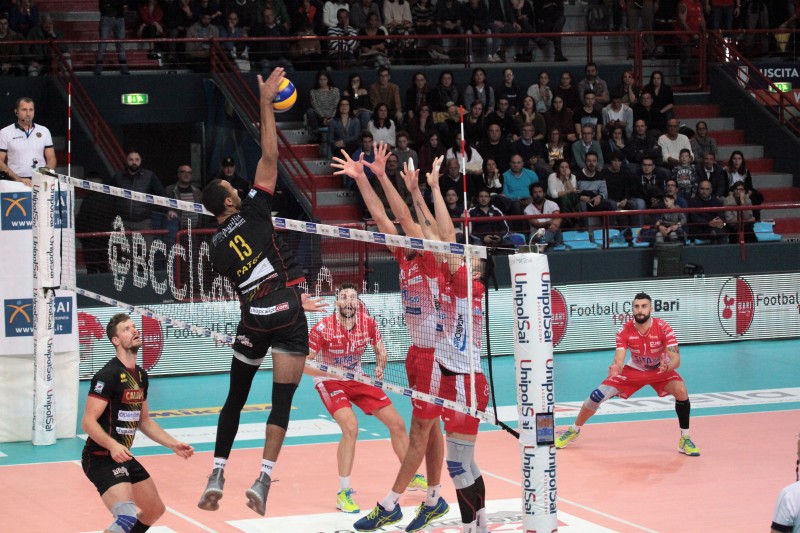 Volley Callipo's President had some harsh words for players after their Christmas day loss Current Photo via legavolley.it

Italy must be the most volleyball-crazy country in the world. Stories on Italians’ passion for the game are plentiful, and so are of teams’ owners crazy responses to their teams’ bad performances, like suspending players’ salaries after a loss, for example. On Christmas day, fans were treated to such an anecdote, as Volley Callipo’s owner and president, and also an important Italian business man and politician, Fillippo Callipo, got up and left the team’s arena at the beginning of the third set of Callipo’s loss to Sola Lazio. According to the team’s website, Callipo was “heartbroken, disappointed, embittered, and angry,” and thus did not resist seeing his team collapse to Serie A1’s last placed Lazio squad. Here is a quote by Callipo in the team’s official website:

I left the building because I saw them not playing, I saw how the first two sets went and then I could not take it any more, I preferred to go away. We were wrong all this year, I expected a playoff defeat (NOTE: as of now, the team is out of the playoff race). The team does not exist as a team, although on paper there are players of a certain game. At home we have never seen them (apart from a few flashes), there was no reaction in the field and even on the part of the coach on the bench, almost as if he did not believe it either. Tomorrow we will meet with the managers, Ferraro and Prestinenzi, to understand whether to make any decisions. Even the public was disaffected, on Christmas we were used to filling the building. A team that is not a team, maybe some players took this season as if it were a holiday

With the loss, Volley Callipo now sits in 12th place (out of 14 teams) of Serie A1’s standings. The club is home to Team USA’s Ben Patch: