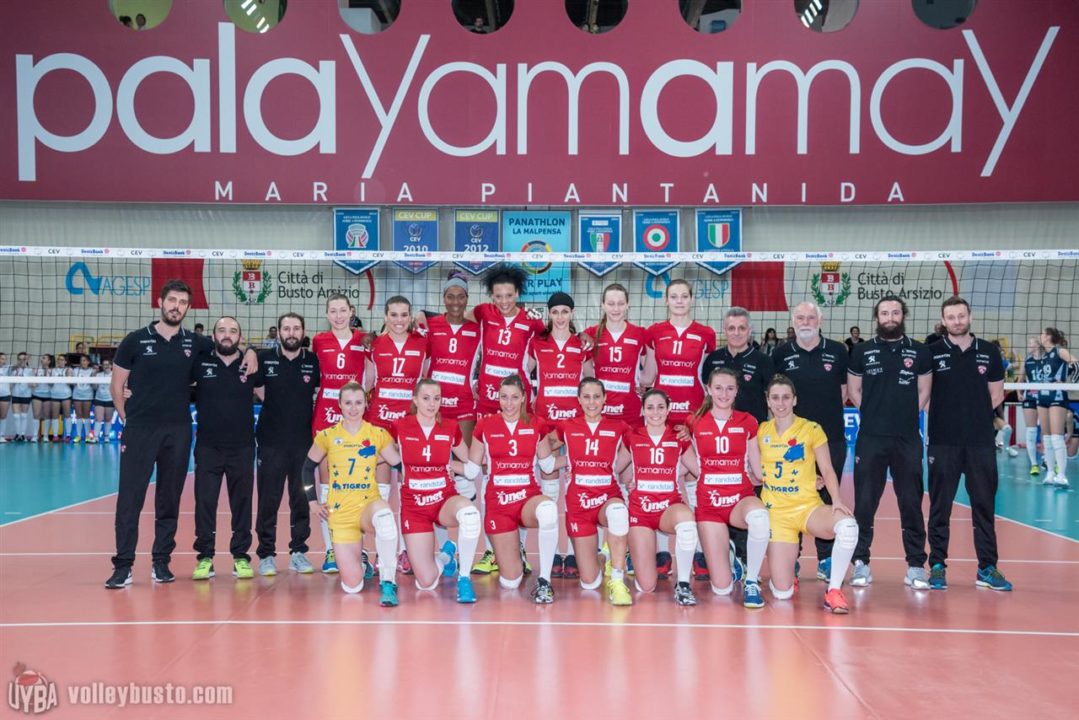 What happened at the Palayamamay Arena? Current Photo via CEV

Tuesday’s UYBA’s game against Novara had a few moments of worry, as the match was briefly suspended at the end of its second set supposedly due to the absence of a defibrillator, which was to be used to rescue a spectator who came down with an illness and was transported to the Busto Hospital. Although news on Italian media about the incident are conflicting, UYBA released an official statement in its website commenting on the fact:

Regarding the temporary interruption of play that took place this afternoon during the UYBA – Igor Gorgonzola Novara game, and in response to untrue comments already circulating on social networks, UYBA Volley, in the name of President Giuseppe Pirola, announces the following:

UYBA Volley, in compliance with the regulations of the Italian Volleyball Federation and the safety regulations regarding sporting events, has made available, as in all the games at Palayamamay, an ambulance with crew composed of as follows:

Two extra doctors and an extra defibrillator are present within the arena itself, regularly organized to current regulations.
At the time of the interruption, it was necessary to use the ambulance and its crew to transport a sick spectator to the hospital; at that point the police, according to regulations, imposed the suspension of the game to verify the effective presence on site of a doctor able to use, if necessary, the defibrillator in the absence of the one in the ambulance (Note: We can only infer this means that the one in the ambulance, which is an automatic defibrillator, and so does not need a doctor to operate it, was missing).

After a few moments, it was confirmed by the authorities the presence of the defibrillator and of the competent doctor, and the resumption of the game was authorized. Any other version of the facts, already in circulation on the web, does not correspond to reality. Finally, I would like to take this opportunity to thank the Red Cross and all the police, who, together with UYBA Volley, managed to overcome a moment of great worry: the safety of the spectators always comes first. A final thought goes to the fan affected by the illness, which we all hope will recover as soon as possible”.

With the loss to Novara, UYBA now sits in 4th place of Serie A1’s standings, with an 8-4 record. The team is currently the home of Team USA’s Sarah Wilhite.