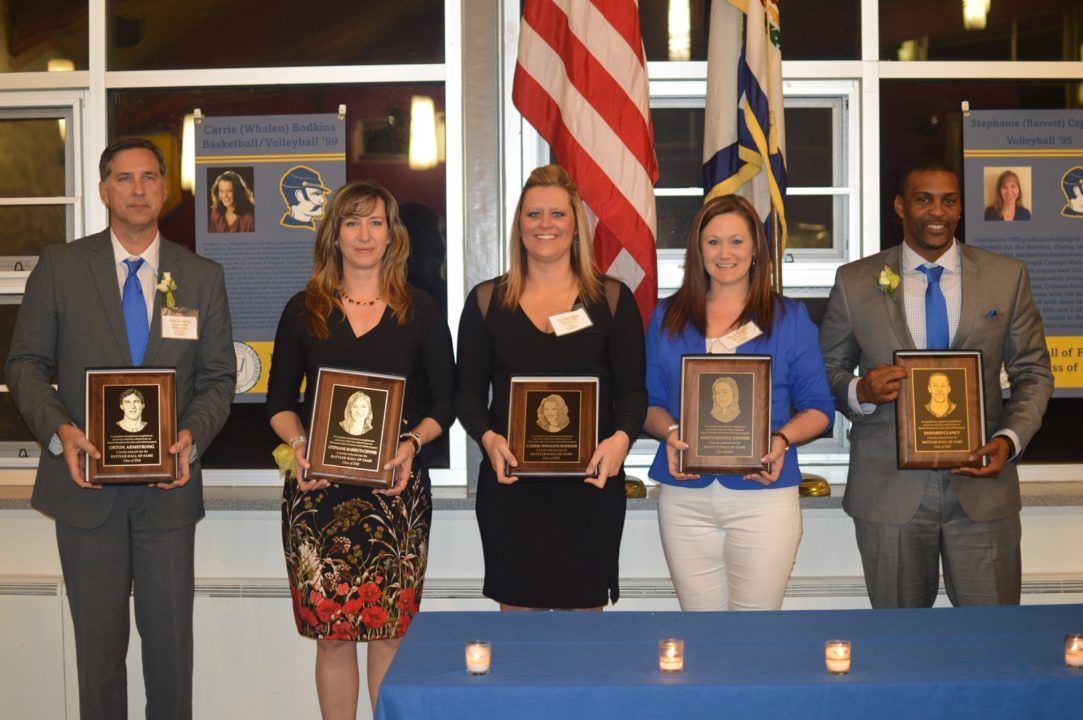 PHILIPPI, W.Va. — The Alderson Broaddus athletic department inducted the 2018 Hall of Fame class on Saturday night at a ceremony held on campus at Heiner Hall.

The first inductee of the night was 1989 graduate Orton Armstrong. Armstrong played basketball for the Battlers under head coaches Tim Brinkley and Tex Williams in the 1980’s.

After graduation, Armstrong attended medical school at West Virginia University and received a degree in medicine and pediatrics. He then moved to Parkersburg, West Virginia and currently owns and works at River Valley Medicine and Pediatrics as a Doctor of Internal Medicine.

The second inductee was 1999 graduate Carrie Whalen Bodkins. She is currently the Senior Associate Athletic Director and Senior Women’s Administrator at AB as well as the Compliance Director.

Bodkins, a ’99 graduate of AB and played basketball and volleyball for the Battlers. She was a four year starter and finished with over 1,000 career points for her basketball career and won 82 games in four seasons with the basketball program.

In 1998, the Battlers went undefeated in WVIAC play and hosted the NCAA Division II Regional Tournament. Bodkins was a member of the WVIAC All-Tournament team as well.

In volleyball, Bodkins played four seasons for the Battlers and finished with over 1,500 kills and was a first team All-WVIAC honoree for three seasons. In 1998, Bodkins was the Player of the Year and made the Atlantic All-Region team. AB won over 100 matches during her four seasons in volleyball including a best of 35 during her sophomore season.

In her senior season, she was ranked 11th nationally with a .391 hitting percentage and 460 kills.  She holds the record for career kills and blocks at AB and had her jersey retired in 1998.

On defense, Ceponis finished with 338 digs and led the team with 169 blocks. For her career, she finished with more than 1,000 kills and averaged 2.73 kills and 2.28 digs per game. Ceponis was also named to the WVIAC All-Conference team in three seasons.

The fourth inductee from men’s basketball was 2008 graduate Samario Clancy. As a 2008 graduate of AB, Clancy was a four-year starter under head coach Greg Zimmerman.

He was a four-time All-WVIAC selection, scored 1,000 career points, and pulled down over 1,000 career rebounds in 125 consecutive games played. Clancy was also named to the NCAA Tournament All-East Region team in 2006.

During his four-year career, the Battlers compiled a 98-27 overall record. Clancy went on to spend two years as an Assistant Men’s Basketball Coach at AB as the Battlers won back-to-back G-MAC Tournament Championships in 2014 and 2015.

He is currently working for the Dallas Mavericks in the National Basketball Association (NBA).

In 2008 during her last season with AB, Johnson ranked fifth in NCAA Division II with 12 home runs, ninth in the country in slugging percentage at .850, and she finished with a .430 batting average. During her four seasons with the Battlers, AB finished with 92 wins and she was a WVIAC All-Conference honoree.