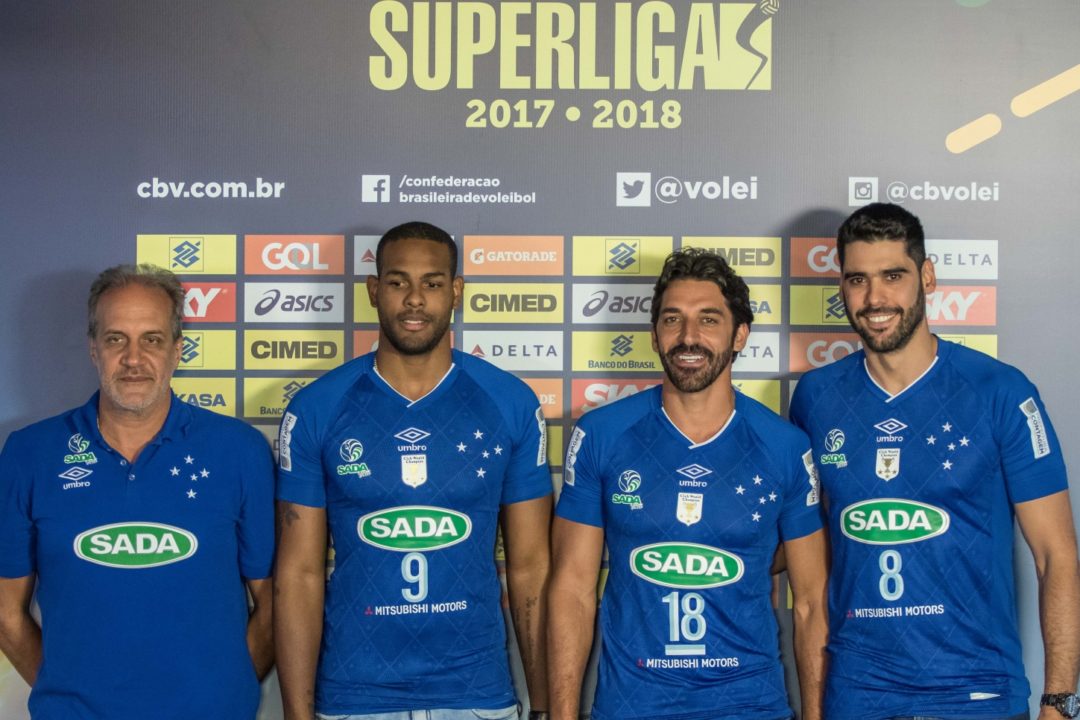 Cruzeiro did what many thought was impossible Current Photo via CBV

Sada/Cruzeiro showed Brazilian fans why it is one of the most powerful forces of world volleyball. Being down 2-0 in its 5-games series against EMS Funvic/Taubaté, it managed to win three straight matches to book its ticket to Superliga’s finals.

At the end of the game, Taubaté’s Dante Amaral, a 2004 Olympic gold medalist with Brazil’s national team, talked to fans about his retirement:

“My time has come. I thank everyone in all the teams I played for for everything they done for me. Thanks for supporting me. I also would like to thank my family, my parents, my brothers, and my wife. Thanks for everything. A  movie plays in your head at times like this, but let’s keep life going. My body is asking for retirement. I leave behind many achievements. Defeats too, because you learn from them. I remember leaving my hometown, it feels like it was yesterday. It’s unbelievable. I’m done now, but I am leaving a beautiful legacy for the children. Let them continue playing, practicing some kind of sport. I’ll miss it, no doubt. But there is a moment that your body just body asks you to stop.” – via Globo.com

Cruzeiro will go on to face Sesi at Superliga’s finals. The schedule for the upcoming game has not yet been released. Meanwhile, Cruzeiro posted on its Instagram page this nice video promo of its win: