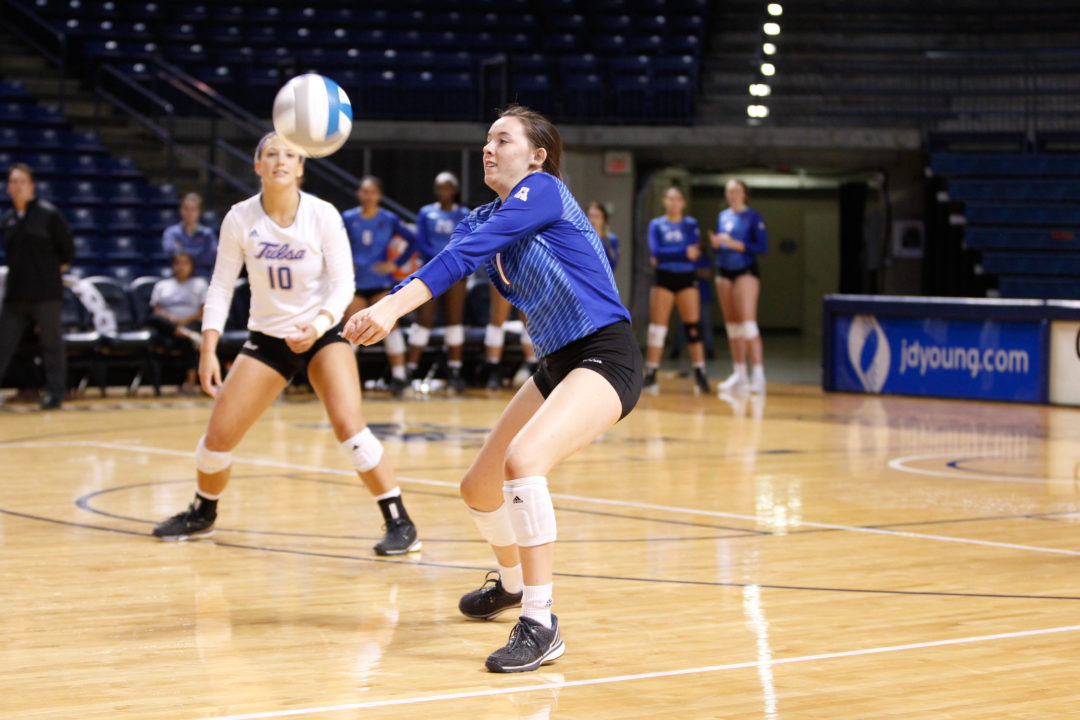 Hall of Fame football coach Bear Bryant once said, “Offense sells tickets, but defense wins championships.” For six weeks, VolleyMob has honored standout offensive and all-around efforts, but for the first time in 2017, VolleyMob is honoring a defensive player as our National Player of the Week.

Tulsa libero Taylor Horsfall notched 8.3 digs per set, including a historic effort, in the Golden Hurricane’s five-set matches with UCF and USF. The sophomore pulled up a school record 44 digs in the win over UCF, while helping Tulsa limit the Golden Knights to a .136 hitting effort. The Houston native followed that with a 39 dig, eight assist performance against the Bulls. For her efforts, Horsfall earned American Athletic Conference Defensive Player of the Week honors.