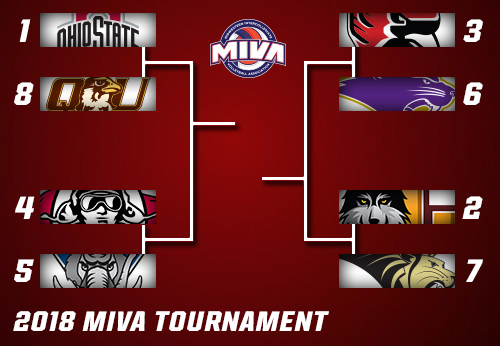 The MIVA Tournament begins Saturday. Check out our preview of the matches, contenders and more. Archive Photo via MIVA

The MIVA Tournament begins on Saturday with the quarterfinal round kicking things off before the semifinals and championship occur next week. Below is everything you need to know about the event that will determine an automatic bid for the NCAA Tournament, including a bracket, match-up breakdowns and more. 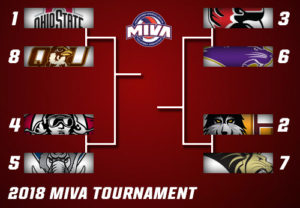 The two teams that split the regular season title in the MIVA obviously represent the two favorites to win this event and take the NCAA Tournament’s automatic bid. Should these two meet in the finals, it would represent the rubber match as each team won on their home court. The deciding factor may be that if the third matchup happened it would be in Columbus once again. What adds to the interest is that the loser may have a shot at an at-large bid even, but the case is a lot stronger for Loyola Chicago in that regard but would still need to reach the championship match to accrue some more victories.

Both of these teams have beaten the potential opponents they’d be slated to play in the semifinals, which adds to the idea that they could be dark horses in the MIVA Tournament. Lewis, as the 4-seed, could even repeat what they did in 2016 when they made the championship match as the same listing. They’d have to go through a tough match with Fort Wayne first, but then they would get the chance to take down Ohio State – who they swept at home but lost to in Columbus. For Ball State, they downed Loyola Chicago earlier in the season but lost in the second go around, while they even went further and downed Ohio State this season as they proved they can take down the best.