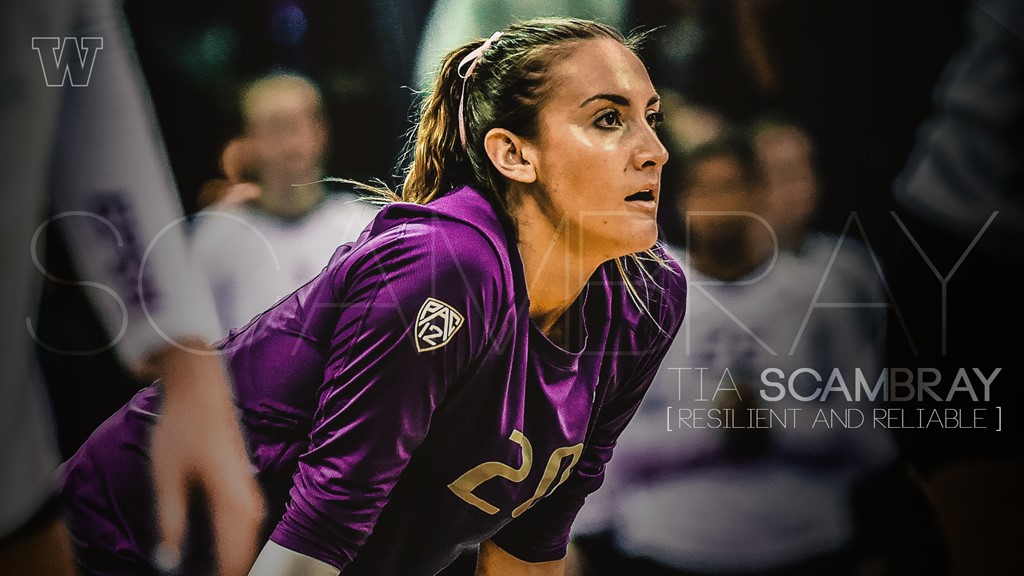 Former Washington Husky All-American libero Tia Scambray has signed her first official pro contract after completing her collegiate career and education. Sambray will join the Viteos NUC Volleyball Club in Neuchátel, Switzerland. She is one of three international signings by the club, which acted swiftly in the transfer window to shore up its maximum allotment of foreign players. All 3 hail from the Pacific Northwest.

Scambray was named a 2017 AVCA Honorable Mention All-America in her final season of collegiate volleyball. In that season, she became the 5th player in program history to record 1,000 career kills, 1,000 career digs, and 100 career aces. She led the team as a senior with 473 digs (3.91/set) after transitioning from outside hitter the prior year, where she was 2nd on the team with 3.08 kills/set.

Holt will come to NUC in her 3rd professional season, after one with Gigantes de Carolina in Puerto Rico and a 2nd in the Spanish league with CV Harris, where her team finished 2nd. Holt, like Scambray, was an AVCA Honorable Metnion All-American as a senior; like Scambray she is also an excellent defensive player at the outside, reaching 1,000 career kills and digs in 4 years in Pullman. Her 2,051 points ranks her 1st in school history.

Betterndorf is the most experienced of the group, coming from SSC Palmberg Schwerin, where she played as opposite last year. She scored 33 points there  last season. The year before, she played with Azzerail Baku in Azerbaijan. She’s played in post-season championships in each of her last two seasons: in the Champions League with Azzerail Baku, and last year in the CEV Cup with Schwerin, where the team advanced to the semi-finals.

NUC finished 5th out of 10 teams in the Swiss league last season.