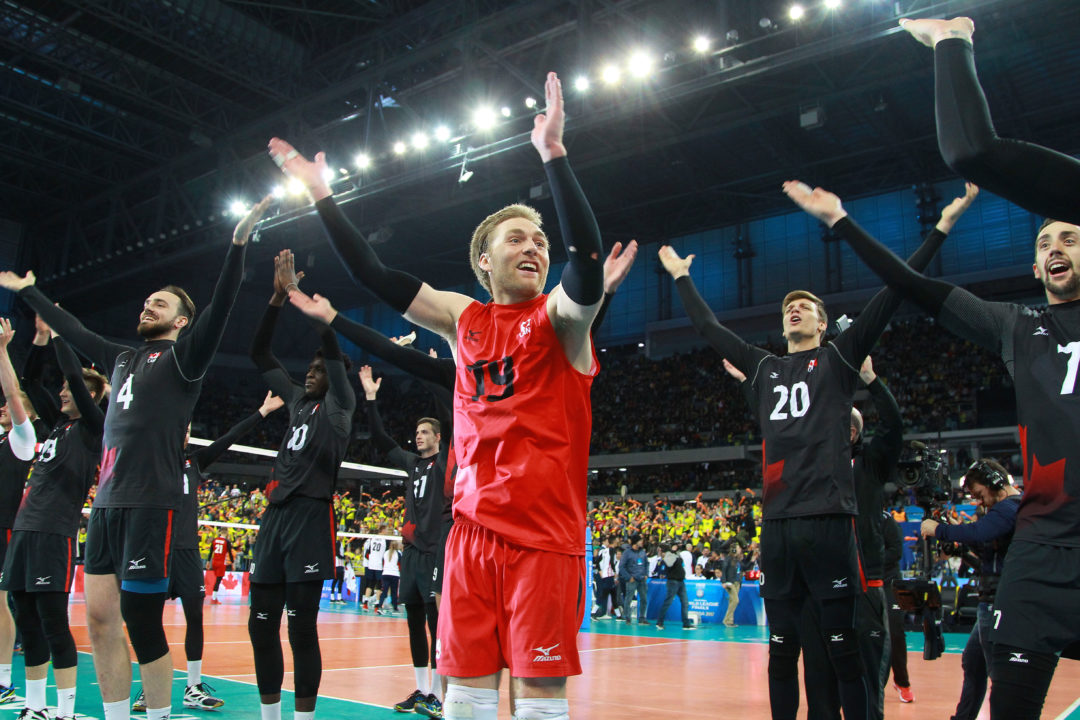 The 21-year old Atanasov plays at outside hitter and stands 198cm (6’5″) tall, with a measured spike-touch of 350cm (11’6″) and a block-touch of 330cm (10’10”). He saw limited action last year as the  youngest member of Bulgaria’s 14-player World League squad, scoring 2 points on 8 swings in the tournament. He will likewise become the youngest player on Chaumont’s roster, as it sits now.

He spent last season with Friedrichschafen in the top-tier German Bundesliga, where he scored 44 points in the regular season and 8 in the playoffs.

At libero for France next year will be Canada’s top defender Cameron Blair Bann, who was voted the best libero at the 2017 FIVB World League as Canada won historic bronze. He replaces Jeremie Mouiel, who left to join Cannes.

The team also has added one domestic player, Julien Winkelmuller. He spent lasst season playing in Belgium, where he was the top scorer in the league. That earned the 23-year old opposite a spot in the French National Team training group this summer.