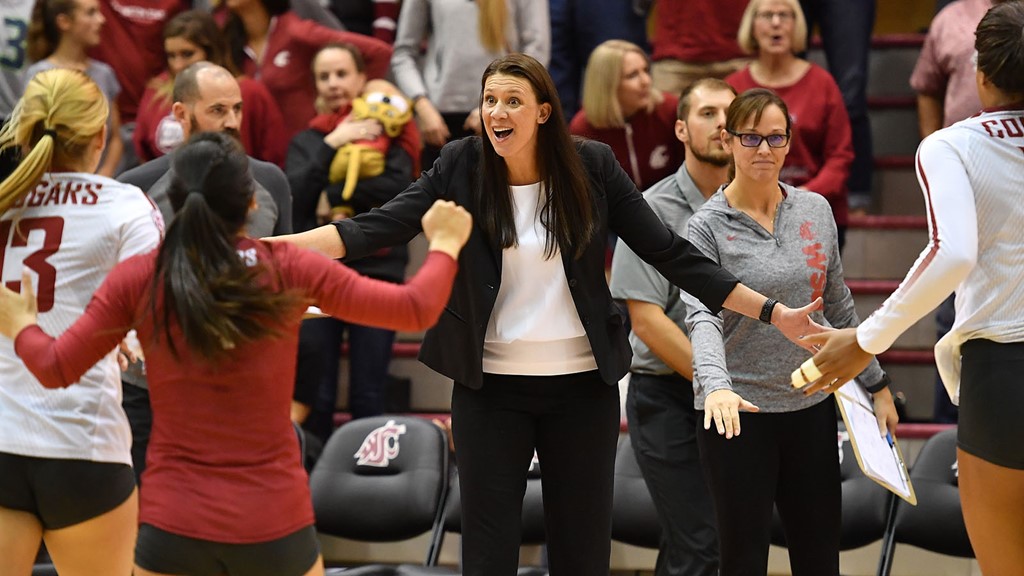 Washington State and head women’s volleyball coach Jen Greeny have agreed to a contact extension through June of 2023. Greeny has coached the program since 2011, and at the end of the new contract, she will have 13 years of tenure with the program.

“The Cougars volleyball program has continued to build and find success under Jen’s leadership,” Johnson said. “I was pleased with our performance this past season and am looking forward to watching the program continue to grow.”

Washington State has qualified for the 2nd round of the NCAA Tournament in each of the last 2 years. This year, they advanced to be swept by Nebraska 3-0. The Cornhuskers will play in the national championship game against Florida on Saturday evening in Kansas City.

Greeny has a 109-120 career record in 7 seasons as the coach of Washington State, and was named the 2016 Pac-12 Coach of the Year. The Cougars, have had three winning seasons and one .500 season in that period, including a 40-28 record in the last 2 seasons combined.

Prior to coming to Washington State, Greeny was the head coach at Lewis-Clark State College from 2007-2010.