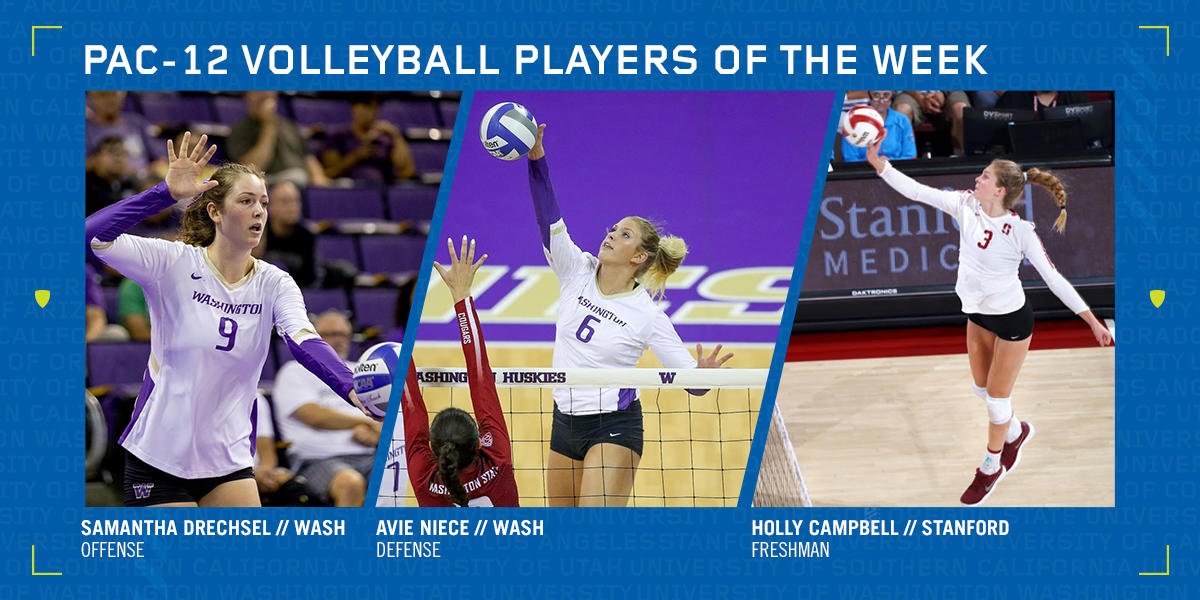 Washington's Samantha Drechsel and Avie Niece were tabbed as Offensive and Defensive Player of the Week respecitvely, while Stanford's Holly Campbell was honored as the Pac-12's Freshman of the Week.  Current Photo via Pac-12 Conference

Holly Campbell, FR, STAN (Austin, Texas)
1.57 KPS, 2.29 BPS, 2.7 PPS
• Helped Stanford clinch its second-straight and 18th overall Pac-12 title with 16 total blocks in wins over No. 17 Oregon and Oregon State.
• Matched a career-high with eight blocks and tallied eight kills on .467 hitting against the Ducks.
• Contributed another eight blocks, three kills and two digs in a sweep of the Beavers for the Cardinal’s 22nd-straight victory and a nation-best 31-straight at home.
• Earns her second freshman weekly honor this season and 23rd all-time freshman weekly honor for the Cardinal.