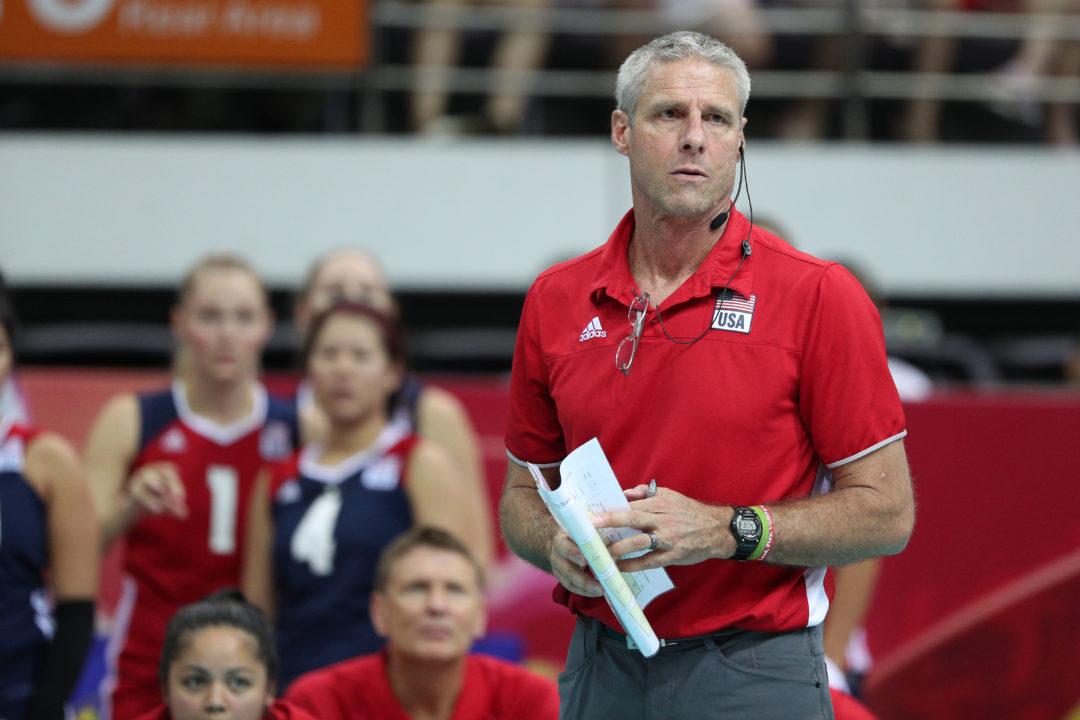 Karch Kiraly's American team, back at basically full strength, were dominant over the Grand Prix champions Brazil in game 1 of the 2017 USA Volleyball Cup. Archive Photo via FIVB

In the men’s edition of the 2017 USA Volleyball Cup, Brazil had the upper hand, sweeping 2 matches in suburban Chicago, plus two prior matches in Brazil, over the Americans.

This week in Anaheim, the American women sought to avoid the same fate. as they welcome in the Brazilian women, who are fresh off a second-straight win at the FIVB World League. On Sunday, the Americans took the first match in a 3-0 sweep, which was followed by a bonus set with different lineups that was one by Brazil.