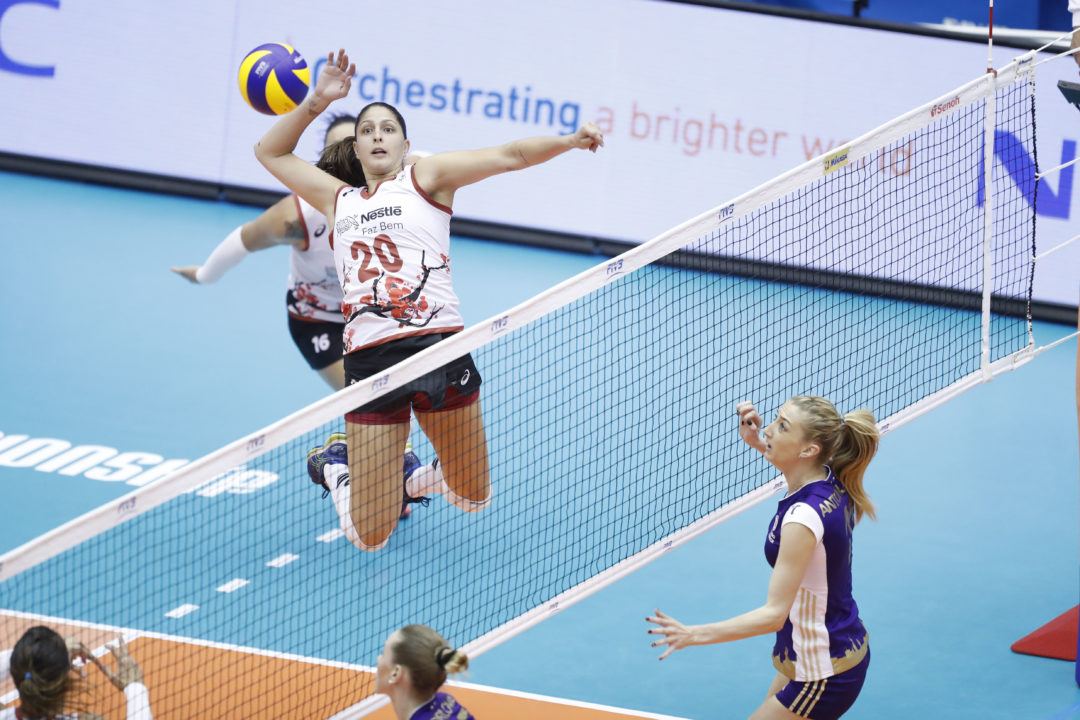 The 4 spots in the semi-finals of the 2017 FIVB Women’s Club World Championships have been earned. On one side of the bracket will be cross-town Turkish rivals Vakifbank Istanbul and Eczacibasi Istanbul; in the other will be Swiss powers Volero Zurich, who are playing in their last match before a huge roster shakeup coming this offseason, and Brazil’s Rexona Sesc.

Below, FINA has clipped out a dozen of the top game for pool play to hype fans up before the semi-finals.

The first all-Turkish semi-final will start at 12:10 PM Japan time, with the other match coming at 2:55 PM local time. A link for live streaming via the FIVB YouTube channel is above.