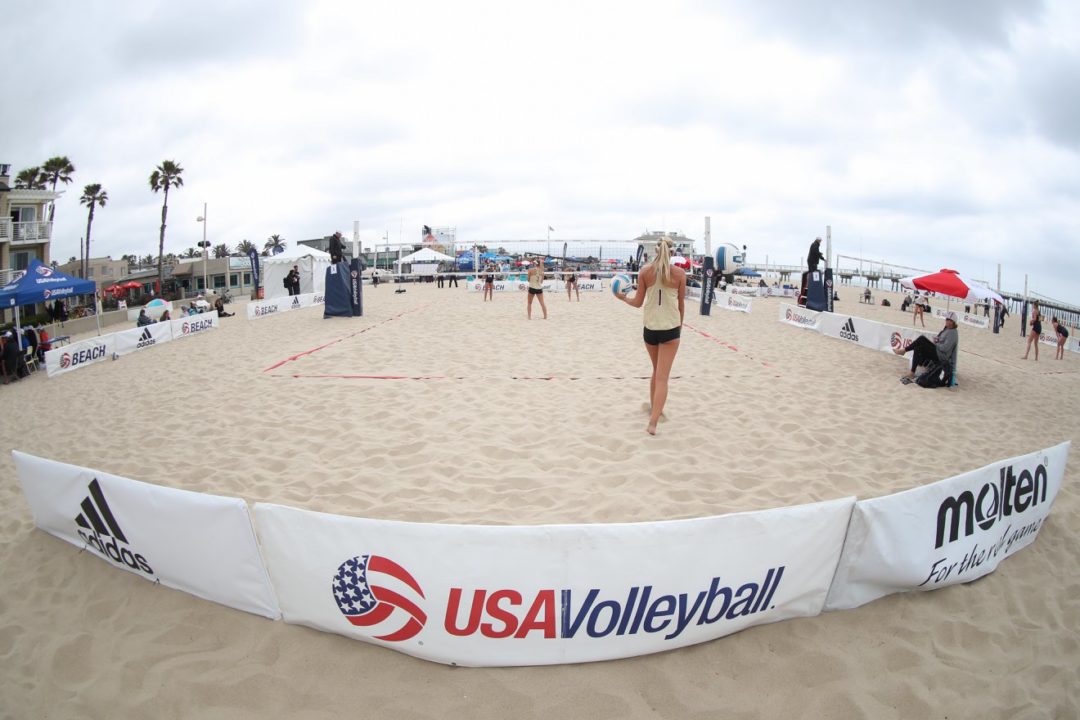 There are just 6 teams remaining to vie for 2 championships at the 2018 USA Volleyball Collegiate Beach Championships, and a trip to Munich to compete in the 2018 World University Championship.

All 4 remaining matches will be played early in the day on Saturday, with the USA Volleyball live streams available to watch below, for those hard-core fans who want to watch live. For a more produced version, tune into NBCSN on your TV from 4-6 PM Eastern Time on May 12th to catch the replays of the women’s match. The men’s final will air from 7:30-8:30 Eastern on the Olympic Channel.