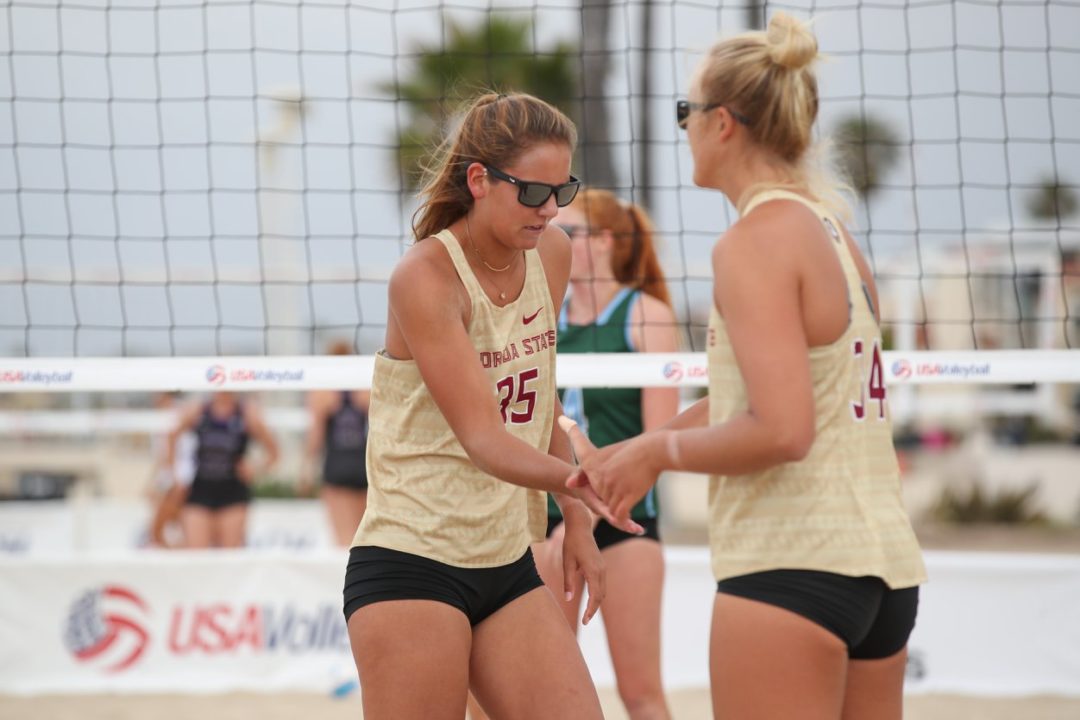 Hailey Luke and Katie Horton (above) are one of three Florida State pairs still alive heading into championship Saturday at the 2018 U.S. Collegiate Beach Chamapionships. Current Photo via USA Volleyball 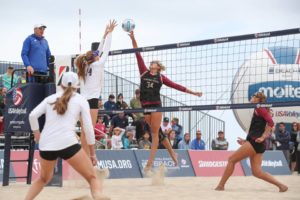 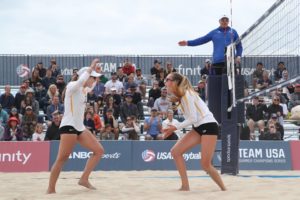 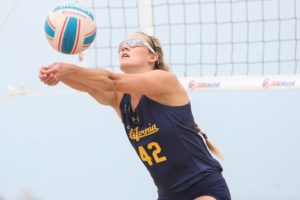 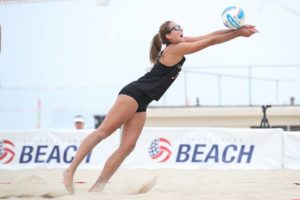 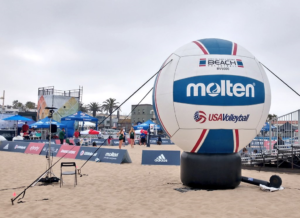 The field in the 2018 Men’s USA Volleyball Collegiate Beach Championships has been narrowed from 6 teams to 2 teams, while the women have 4 still standing after day 2. The winners of each bracket earn the right to represent the U.S. at the 2018 World University Championships in Munich, Germany.

In the men’s bracket, there was a stunning upset on one half of the bracket, where Florida State’s Adam Wienckowski and Jon Justice upended Pepperdine’s Owen Yoshimoto and Robert Mullahey. Besides the fact that the 4 seeds Wienckowski/Justice upset the #1 seeds Yoshimoto/Mullahey, the Florida State pair has been a dark horse in this tournament, given that their school doesn’t sponsor men’s indoor volleyball, where most of the competing beach pairs come from.

But, this tournament is about college students, and more globally, most countries in the world that participate in the World University Games (known elsewhere as the Universiade) don’t have collegiate athletics, so their advancement is in the spirit of the global tournament that they are battling to qualify for.

In the other half of the bracket, 6th-seeded Collin Merk/Anthony Winter of Quincy University upset the 3rd seeded pair from Penn State, but wound up losing to Hawaii’s Brett Rosenmeier/Colton Cowell in the semi-finals in a 2-0 sweep (21-18 21-16). Rosenmeier and Cowell finished 4th at last year’s tournament, so already have earned themselves a better finish there. 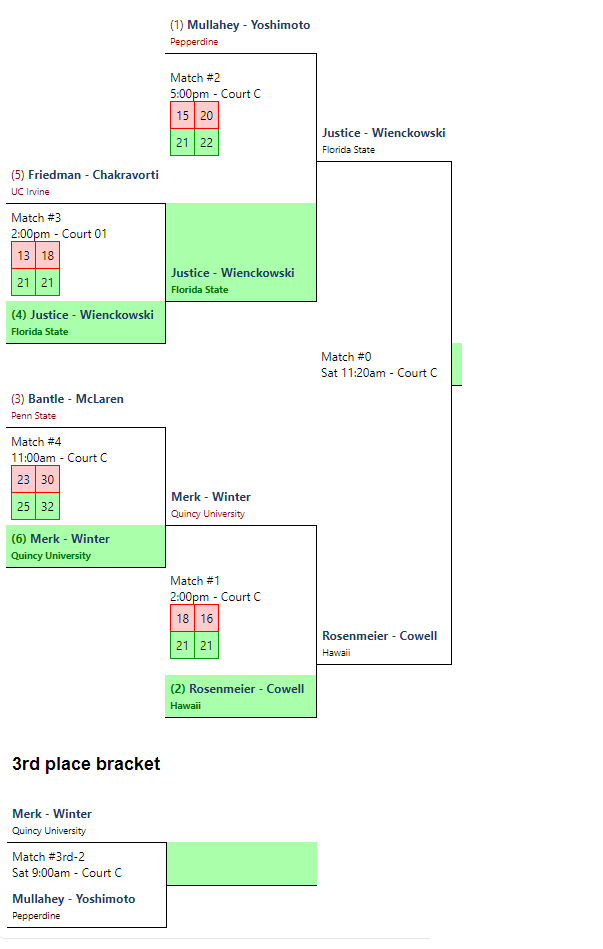 In the women’s bracket, a surprising turn of events resulted in a semi-final round featuring 3 eastern teams and just 1 from the west, which is known as the mecca of beach volleyball in the United States. That’s as compared to last year, where the top 3 teams were all from California schools (USC, USC, Pepperdine).

Two of those semi-finals pairs are from Florida State, who is riding their success from a surprise run to the NCAA Beach Volleyball Championship match as the #4 seed (they’d ultimately lose to UCLA). All 3 of Florida State’s pairs survived until at least the quarterfinals, where the pair of Macy Jerger and Sara Putt were eliminated in straight sets by LSU’s Claire Coppola and Kristen Nuss. The pair of Tigers finished 30-7 as LSU’s #1 line during the collegiate season, which included wins against the #1 pairs from Pepperdine and Cal Poly.

The latter of those data points is most relevant, as they’ll play Cal Poly sophomores Torrey Van Winden and Emily Sonny in the semi-finals. Van Winden and Sonny didn’t play together during the NCAA season, because Van Winden paired with Tiadora Miric, who is Canadian and not eligible for this tournament.

So instead Van Winden is paired with Sonny, who went 25-5 at the #2 line for Cal Poly during the season (and 4-0 at the 1-line). Still, LSU entering the match knowing that they’ve already beaten Van Winden this year, while she was playing with a partner that she’s more familiar with than Sonny, should give them a confidence boost.

The other two Florida State pairs will play an elimination semi-final in the other half of the bracket. Hailey Luke and Katie Horton earned their spot by beating Madalyn Roh and Brook Bauer of Pepperdine. They’ll match up against Vanessa Freiere and Tory Paranagua in their semi-final. Florida State bounced around to different pairs at the #1 line throughout the season, but settled on Freire and Paranagua for the last 21 matches of the season. They caught fire at the right time, going 15-4 to finish the year (not all matches in conference and national tournaments are completed once the team dual is clinched).

Being the #1 pair on their own team would seem to make them the favorites, but Luke and Horton are one of the best stories of the NCAA season. They started the year as Florida State’s #4 pair, before moving to #3, and even a match as #1s. They settled as the #2 pair, where they went an astounding 19-1 to finish the year. They’ve had more 3-setters to get to the semi-final, but they’re a pair that’s really found its rhythm, and have been the tone-setters for Florida State’s late season run. In other words: don’t count them out, just because they’re the Seminoles’ #2s. These two teams probably practice against each other every day, and that level familiarity can lead to very even matches.