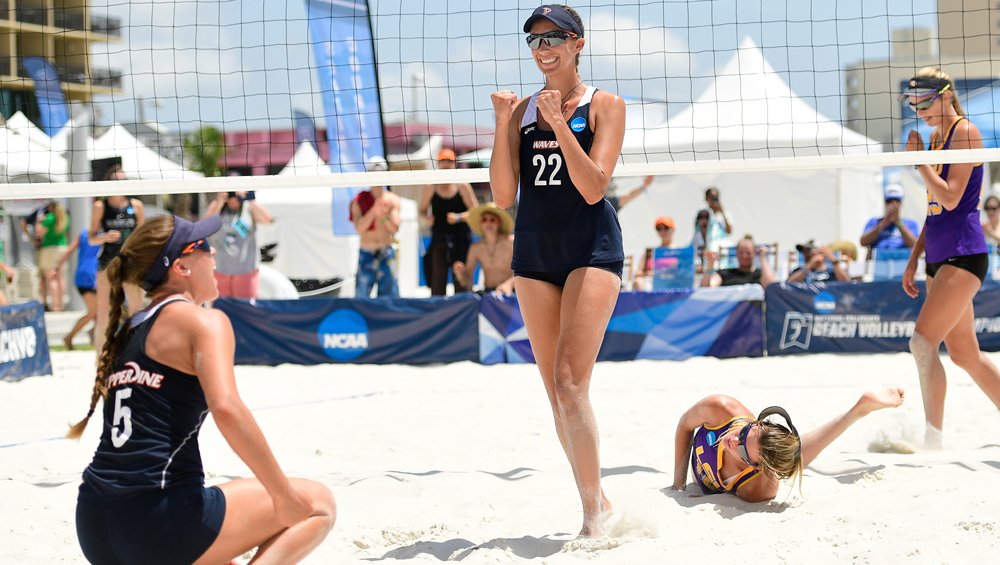 The 5th-annual Beach Volleyball Fun-D-Raiser, featuring a 4-on-4 tournament at Zuma Beach, is scheduled for Saturday, October 14. Current Photo via Pepperdine Athletics

“We are excited to keep the Pepperdine beach volleyball 4-v-4 tradition alive,” said Sicoli.  “We have been building a strong community of supporters and we are really grateful for what they do for us.”

Participants in the 4-on-4 tournament are asked to arrive at Zuma Beach, near the east end of the beach in between lifeguard towers two and three, at 8:30 a.m. for registration and team draws.  Play will begin at 9 a.m. and the minimum entrance donation is $100.  Donations will be gift receipted by the University for tax purposes.

It is advised that participants and spectators bring their own water, beach chairs, umbrellas, sunblock, etc.

Due to NCAA rules, high school aged players – male or female – will not be able to participate.  All other age groups, as well as all skill levels, are welcome.

The Waves have been at the forefront of the sport of beach volleyball since it began in the spring of 2012.  Now with seven seasons in the books, Pepperdine has emerged one of the most dominant programs with two AVCA national team titles and a trip to the NCAA Championship final match in 2017.  The Waves have a nation-leading 20 AVCA All-Americans.