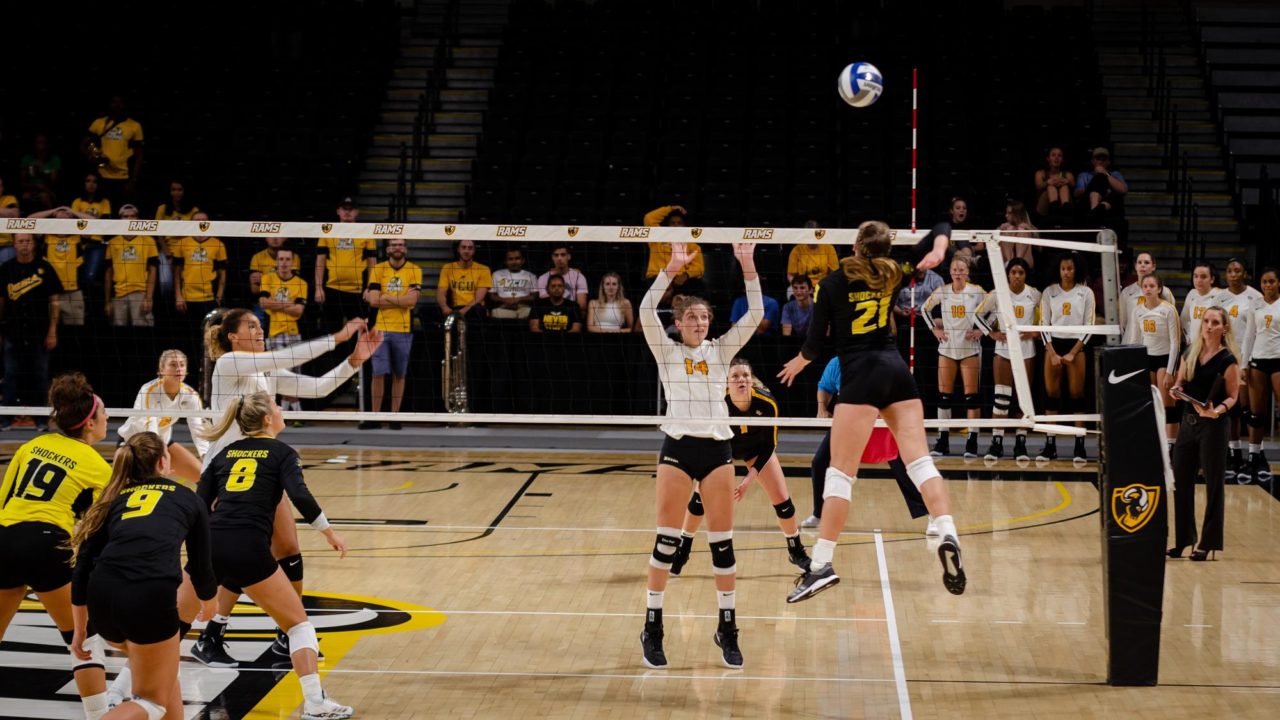 The Commodores outperformed the Shockers in attack percentage and blocks, however Wichita State registered more kills, assists and digs, in the 5-set victory. Current Photo via Wichita State Athletics

Wichita State and VCU duked it out Monday night in a match that stretched to 5 sets in Richmond, Va., with the Shockers holding on to remain undefeated on the season.

The Shockers won the first and third sets decisively, but succumbed to the Commodores in the second and fourth sets, which pushed the match to a decisive fifth set. Each offense struggled at times, posting low attack percentages in the games they lost.

Wichita State used a 5-1 run to break a tie, 3-3, and separate itself from VCU in the fifth. The Shockers held on to the advantage to close out the win, 15-9.