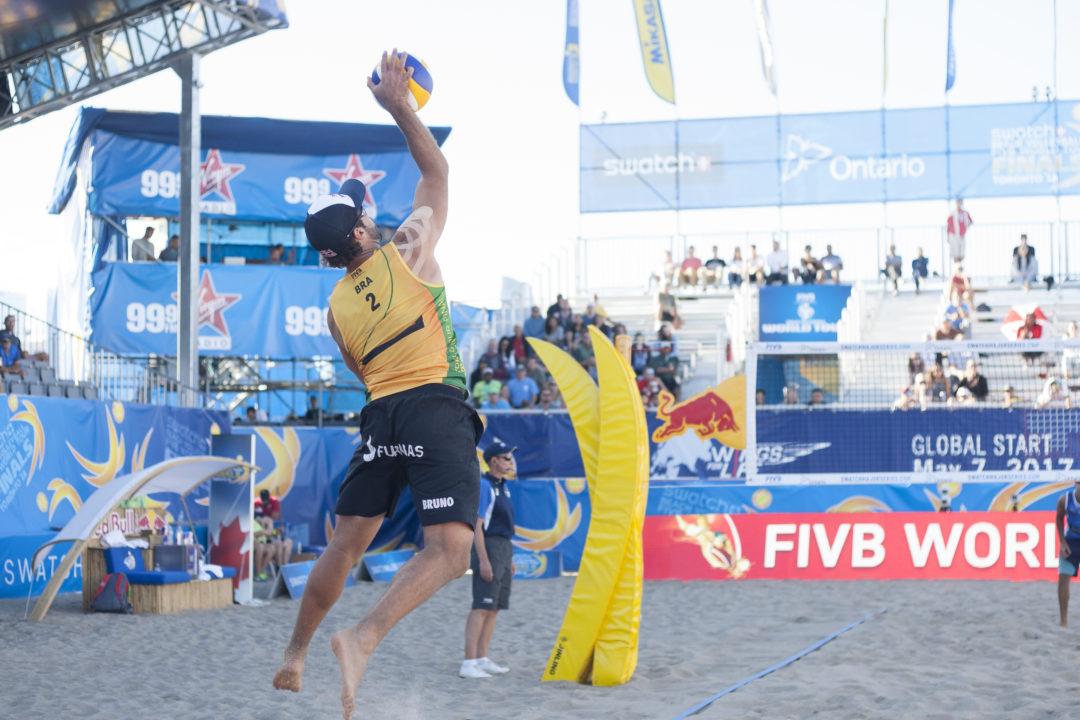 With the first FIVB Beach Volleyball tournament set to be played in Fort Lauderdale, the Swatch Major Series has comprised... Current Photo via Chris Tanouye

Favorites for the tournament include the Rio 2016 Olympic gold medalist Bruno Schmidt and Alison Cerutti, the pair also end the 2016 calendar with a win at the World Tour Finals in Toronto, Canada. On the women’s side, Kerri Walsh Jennings and April Ross are expected to put out a good performance, as they are entering their fourth full season together, also adding home country advantage.

New partners consist of a slew of Brazilian squads – Pedro Solberg/Gustavo Caralhaes, Evandro Goncalves/Andre Loyola and Ricardo Santos/Harley Marques – all of whom were selected as wild cards in the tournament. For the United States, Casey Patterson and Theo Brunner pair up, also awarded a wild card pick.

On the women’s side of the tournament, nearly half of the 24 teams in the main draw are made up of new partnerships. The two wild cards were awarded to Germany and the United States.

For the Germans, the season is looking to start off strong with Karla Borger pairing up with Margareta ‘Maggie’ Kozuch, who is a well-known indoors player. The Rio 2016 gold medalist Kira Walkenhorst is continuing play, while Laura Ludwig is recovering from a shoulder injury, pairing with Julia Grossner for the Fort Lauderdale Major.

The United States finds themselves with a handful of new women’s teams – Lane Carico/Irene Pollock, Summer Ross/Brooke Sweat and Lauren Fendrick/Sara Hughes. For Canada, Heather Bansley/Brandie Wilkerson continue play together, while Taylor Pischke begins the year with Kristina May for a fresh start.

From Europe, Stefanie Schwaiger of Austria teams up with Katharina Schutzenhofer, while Agatha Bednarczuk and Eduarda Lisboa begin a partnership.

With each gender, the 24 teams in the main draw will be joined by the eight winning teams from the qualification process, which begins on the opening day of the tournament on February 7.