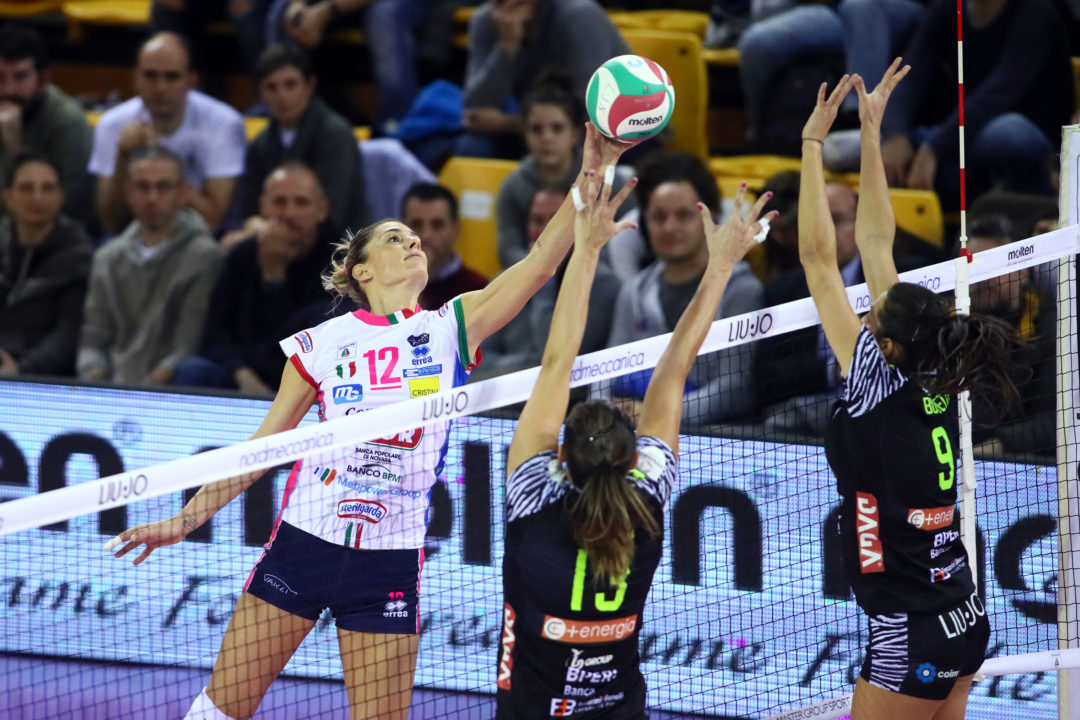 Although some Italian media outlets have her retiring at the end of the season, the soon-to-be 40-year-old Piccinini is not totally sold on the idea yet. Current Photo via http://www.legavolleyfemminile.it

Italian great Francesca Piccinini is close to celebrating her professional debut’s 25th anniversary. Starting on November 7, 1993, she amassed a very successful domestic and international career that spanned 6 Champions League and 5 Italian championship titles. With Italy’s national team, she participated in 4 Olympic Games (2000-12) and won a WCH gold medal in 2002. Although some Italian media outlets have her retiring at the end of the season, the soon-to-be 40-year-old Piccinini is not totally sold on the idea yet. Here is what she had to say of the matter in Novara’s official website:

“When I think about it, I realize half of my classmates were not born when I started in Serie A1. I have to smile but it is not a burden at all, rather it is an incentive. I am 39 years old but I do not think about what’s behind me, only what is ahead. I’m lucky to still play at the highest level and to compete this year with Igor Novara for four trophies, starting from the Italian Supercup, which is right around the corner.

I am at that age that every year can be my last, I am used to it. The truth is that my time horizon is always fixed on the next game, on the next challenge to be won, and this year there are a lot of them. I think only of that, the rest does not matter: when the time comes I will evaluate and decide, but not yet. Now I think of my team and the trophies we want to win: after the finals lost to Conegliano, we will try to bring the Scudetto back to Novara and, above all, to go even further in the Champions League. We raise the bar, as the team wants. Meanwhile, though, let’s think about the debut with Brescia.

What season is Igor waiting for? The team has all the potential to do well and to be competitive at all levels, the climate of these first weeks at the gym is excellent and this is an important prerequisite. We know that we will have aggressive and high-level opponents, starting with Conegliano and Scandicci, and that no victory will be taken for granted. But this only increases the appeal of the challenge. I can not wait to start!”

The news ought to make Igor fans ecstatic, as the player was instrumental in this season’s title run, specially in the playoffs. Although she will start the season backing up recently signed American Michelle Bartsch, it wouldn’t be a huge surprise if she makes her way into the team’s staring line-up as the season progresses into its most important games, just as it happened the past two seasons.