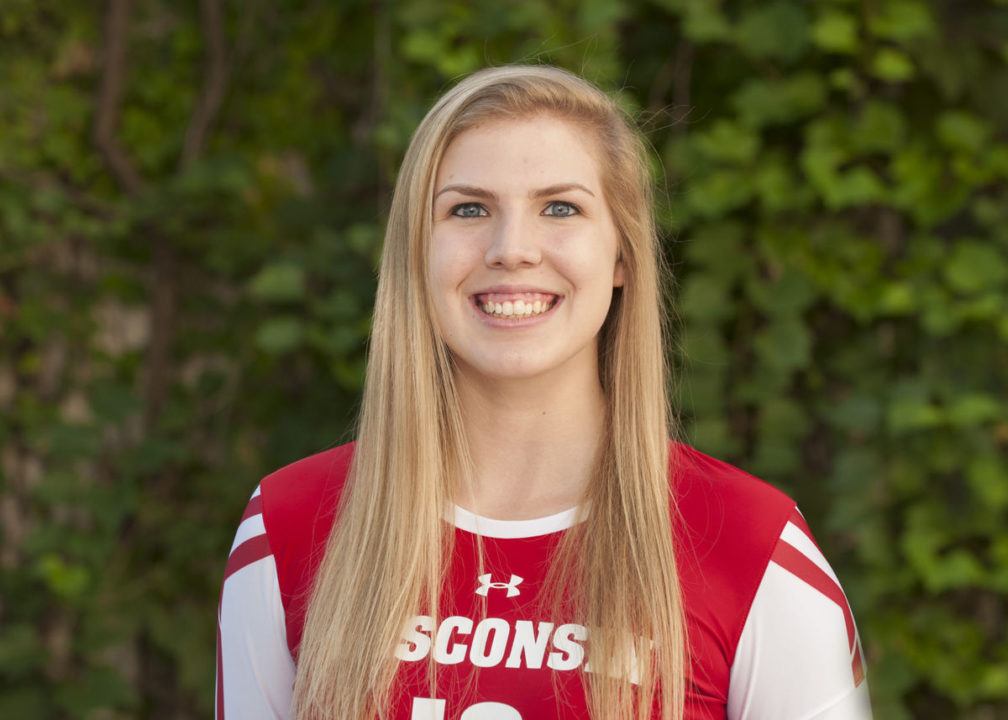 A second Wisconsin Badger has ended her volleyball career early this off-season due to chronic injuries. Junior-to-be Julia Saunders, a sophomore middle blocker, has decided to retire after being hampered by shoulder injuries and a series of concussions – including 2 during her sophomore season alone.

“She’s been battling for two years and it didn’t look like there was any end in sight,” coach Kelly Sheffield said in an interview with the Wisconsin State Journal. “Her mind says one thing and her body says something else. So she decided to listen to her body.

“This was her decision. She loves playing, she loves being around the team. She was barely able to practice during the fall and she was hoping that her body was going to allow her to train the way she wanted to in the spring. But that has not been the case.”

Sheffield says that Saunders has applied for a “medical hardship,” which would allow her to remain on scholarship without counting against the team’s 12 scholarship total.

After spending her freshman year as an outside hitter, Saunders moved to middle blocker last season. As a result of her injuries, she was able to play in only 3 sets in the 2016 season, recording 1 kill in 1 swing. As a freshman, she played just 4 sets in 4 games, recording 2 kills and a block assist.

Saunders is a native of La Grange, Illinois, where she was a three-time East Suburban Catholic Conference Player of the Year under her dad at Nazareth academy. She is a former particiant in USA Volleyball’s High Performance program on the Junior A1 team and as a senior was named a third-team AVCA Under Armour All-American.

Wisconsin’s backup setter Jordan Robbins also said goodbye to the sport this off-season after battling injury. Combined with the graduation of 4 seniors. Wisconsin will lose 6 players from their 2016 roster this offseason.