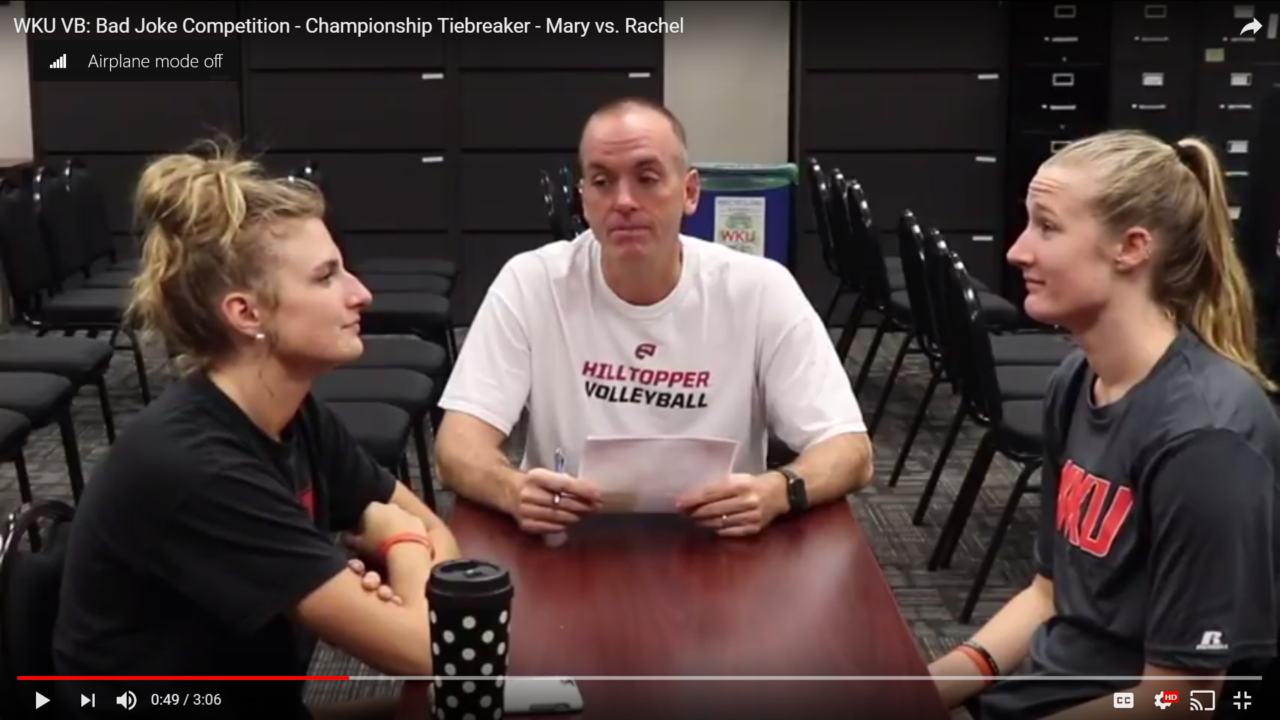 The Western Kentucky Hilltoppers have started their season 4-0 for the 3rd-straight year, dropping only 1 set total in their... Current Photo via WKU Athletics

The Western Kentucky Hilltoppers have started their season 4-0 for the 3rd-straight year, dropping only 1 set total in their opening matches against Southern Illinois, Miami (OH), Northern Arizona, and Tennessee State. Next weekend, their level of competition will take a step up, as they face two teams hungry to rebuild: Louisville, the 2015 ACC Champions, and Illinois, who spent much of last year ranked in the top 25 before missing the NCAA tournament altogether.

But all of that takes a secondary position to….the WKU volleyball bad joke competition, which was so bad that after nearly 6 minutes of brutal joke telling (that was actually 21 minutes long, got down to a 6 minute video, where neither could make the other laugh, so they eventually gave up), head coach Travis Hudson had to step in and get involved. He mediated an extra 3 minute, 30 second tie-breaker (a 5th-set, if you will) to decide the champion.

Finally, in a sudden-death win (mercifully), Rachel Anderson broke down and laughed – before the punchline was even read – while Mary Martin held strong for victory.

Q: What do you call a woman with one leg
A: Eileen (I lean).

See the championship and tie-breaker videos below, followed by the results of each round of the tournament.

WKU will play next on Friday, September 1st, against Louisville at 5:30 Central Time (6:30 Eastern).