At the beginning of August, Volleymob reported that the tickets for the 2018 FIVB Volleyball Women’s World Championship in Japan... Current Photo via FIVB

At the beginning of August, Volleymob reported that the tickets for the 2018 FIVB Volleyball Women’s World Championship in Japan had started selling tickets. At the time of the article, it appeared that the page selling tickets in English, with Rakuten Tickets, had a very small allotment of tickets for international volleyball fans for the semifinals and finals in Yokohama. 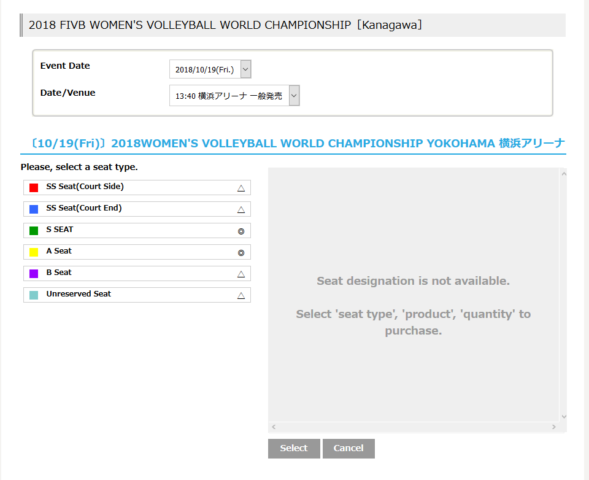 If you see a △ or ◎ symbol, tickets are available for that seat type. The △ symbol means that there are fewer tickets than the ◎ symbol. This means that Rakuten and/or the Japanese Volleyball have now made more tickets available to international volleyball fans who are wanting to see the semifinals on Friday night October 19th.

So I then wondered about the 3rd place match and Final on October 20th, and took a look at that page. 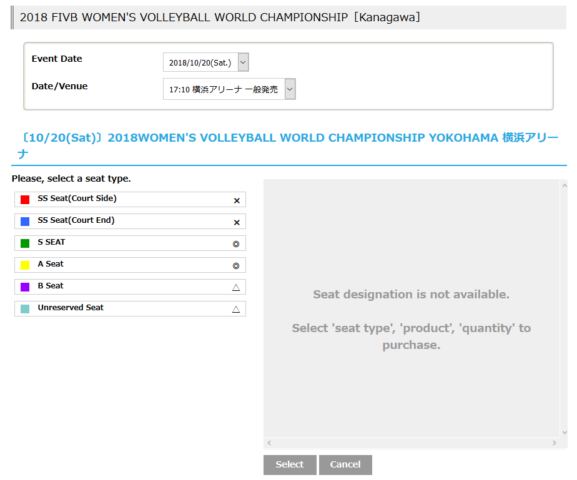 If you see a ☓, then tickets are not available for that seat type. There were additional tickets that have been added to the English ticket pages. It looks like for the the semifinals and the finals, someone could purchase S (blue below) or A (orange) seats (colors do not match the above picture colors) quite easily. I even tried it out and found that someone could purchase 10 tickets for either day in each of these two price ranges. 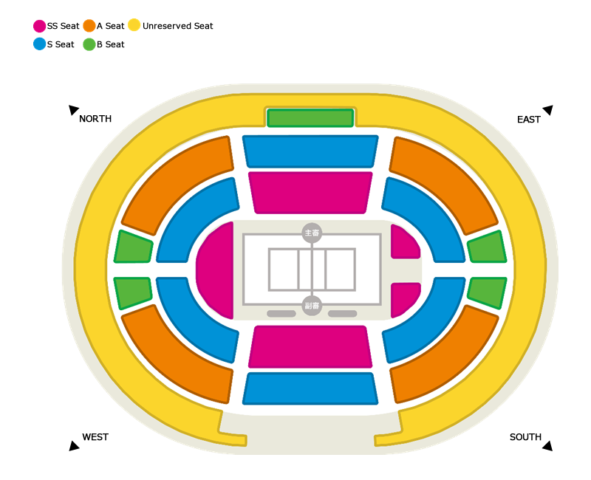 For the final, the best seats in the house, SS seats, are sold out. However, some are still available for the semifinals. However at 10,000 yen ($89.75) each, it is pricey. Still B and unreserved seats are available for both days if someone is interested in attending.

Japanese fans may be taking a wait and see approach with the women’s team as they performed a little worse in the VNL when compared to last year’s World Grand Prix. Hence, more tickets are available to international fans, who want to see their team possibly win the World Championship.