NDSU Heads Down I-94 for Minnesota’s Diet Coke Classic 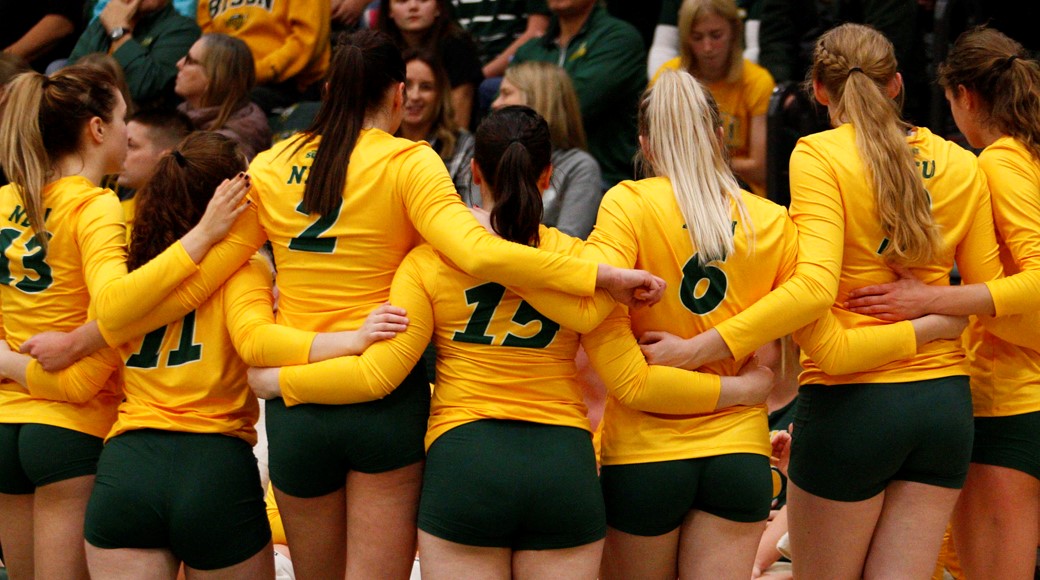 North Dakota State is scheduled to face host Minnesota on Friday in the Diet Coke Classic at Maturi Pavilion in Minneapolis, before taking on Arkansas and Georgia Southern on Saturday.  Current Photo via North Dakota State Athletics

North Dakota State (1-2) is scheduled to face No. 3-ranked and host Minnesota (2-0) at 7 p.m. Friday, Aug. 31, in the Diet Coke Classic at Maturi Pavilion in Minneapolis. On Saturday, Sept. 1, the Bison are scheduled to face Arkansas (1-1) at noon and Georgia Southern (0-3). All three matches at the Diet Coke Classic will be available on BTN Plus on the BTN2Go app. Live stats will be available at GopherSports.com.

North Dakota State is scheduled to host Western Carolina (3-1) at 3 p.m. Sunday, Sept. 2, at the Bentson Bunker Fieldhouse. The Catamounts play at the UND Classic on Friday and Saturday. Sunday is a “White Out” at the BBF.

U. of Minnesota Diet Coke Classic

North Dakota State is scheduled to travel to Muncie, Ind., and the Ball State Active Ankle Challenge on Sept. 7-8 … Eleven of the first 12 matches are away from the Friendly Confines.

North Dakota State finished the 2017 regular season with a 10-2 in the Bentson Bunker Fieldhouse, averaging 762 spectators per match including three crowds over 1,000 … The Bison have compiled a 380-84 record good for a .819 winning percentage since 1978.

VOLLEYBALL ON BISON 1660 AM

Five North Dakota State University women’s volleyball matches will be broadcast on Bison 1660 AM/92.7 FM this season … First broadcast will be 3 p.m. Sunday, Sept. 3, when NDSU takes on Western Carolina … Keith Brake @The_Brakedown is in his third season handling the play-by-play … Fans can hear updates from head coach Jennifer Lopez weekly on “The BrakeDown” on Bison 1660 AM during the season.

North Dakota State head volleyball coach Jennifer Lopez was one of the American Volleyball Coaches Association’s 2018 “Thirty Under 30” award recipients … “I feel honored to be receiving this award and to be given the opportunity every day to do what I love,” said Lopez, 27, who is headed into her second season as head coach at her alma mater … “When I think of what it means to be a Bison, I think of Jennifer as an outstanding example,” said Brianna Rasmusson, who was a senior setter on the 2017 NDSU volleyball team.