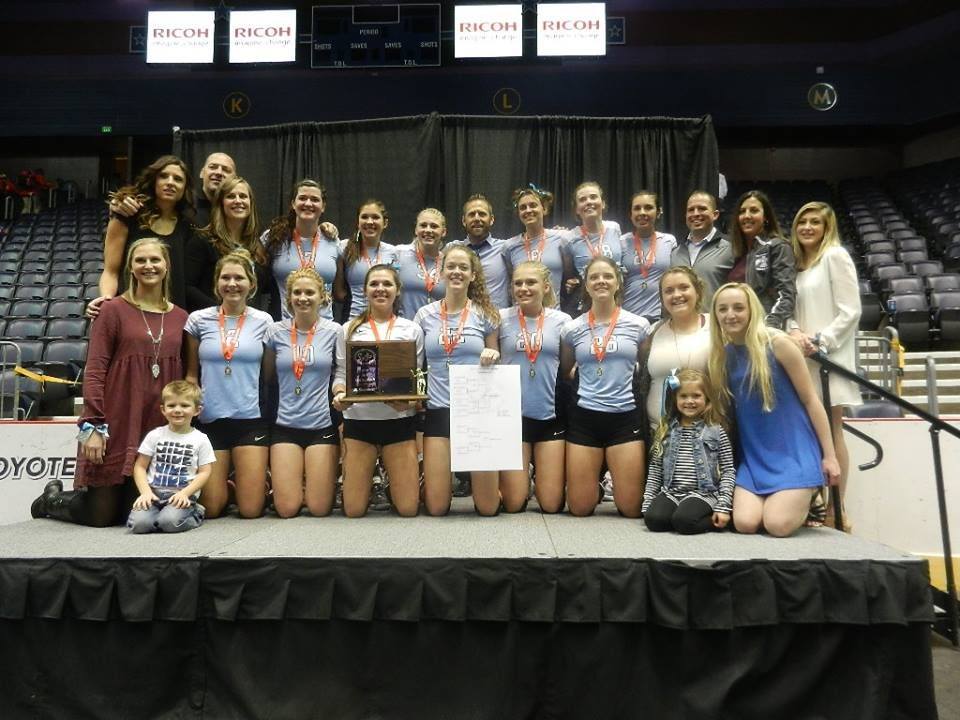 Four teams won state titles in the Wyoming High School volleyball tournament. Full brackets and results for each division can be found here.

The Rattlers took out last year’s 1A state champions Encampment in the semifinals, disrupting their chances of back-to-back state titles. The five-set thriller was extremely close, but Little Snake River managed to take the first, second, and fifth set to grab a spot in the finals.

This is the fourth volleyball state championship win for the Rattlers. Juniors Kirstin Gourlay and Addie Stanley both made the All-Conference and All-State teams for the second year in a row.

The Panthers lost only one match this season on the way to their three-peat. After the loss in early September, they lost only two sets the entire remainder of the season, and none in the championship tournament.

Star Valley High School had an undefeated season that led them all the way to 3A championship victory. The Braves took on Douglas High School and won in three sets with scores of 25-23, 25-18, and 25-13.

After an early exit in the first round of the 2015 state tournament, Star Valley was thrilled to not only make it to round two, but to win the whole tournament.

With a team full of seniors, the next couple years will be spent developing young talent. Team members Rylee Burmester, Jamie Hardy and Shania Warren were all chose to the Wyoming All-Conference and All-State teams.

Cheyenne East claimed their third straight state championship victory on November 5th by defeating Walsh High School in three sets. Scores of the match were 25-20, 25-18, and 25-23.

East (32-7) previously met Walsh in the state tournament finals 2 years ago when they defeated Walsh. The Thunderbirds also won the championship in 2012, making this their fourth title in five years.

Seniors Marina Howard and Sydney Montoya, and junior Duquesne Moratzka were all selected to the East Al-Conference team and the All-State team. The Thunderbirds will be graduating six seniors this season.