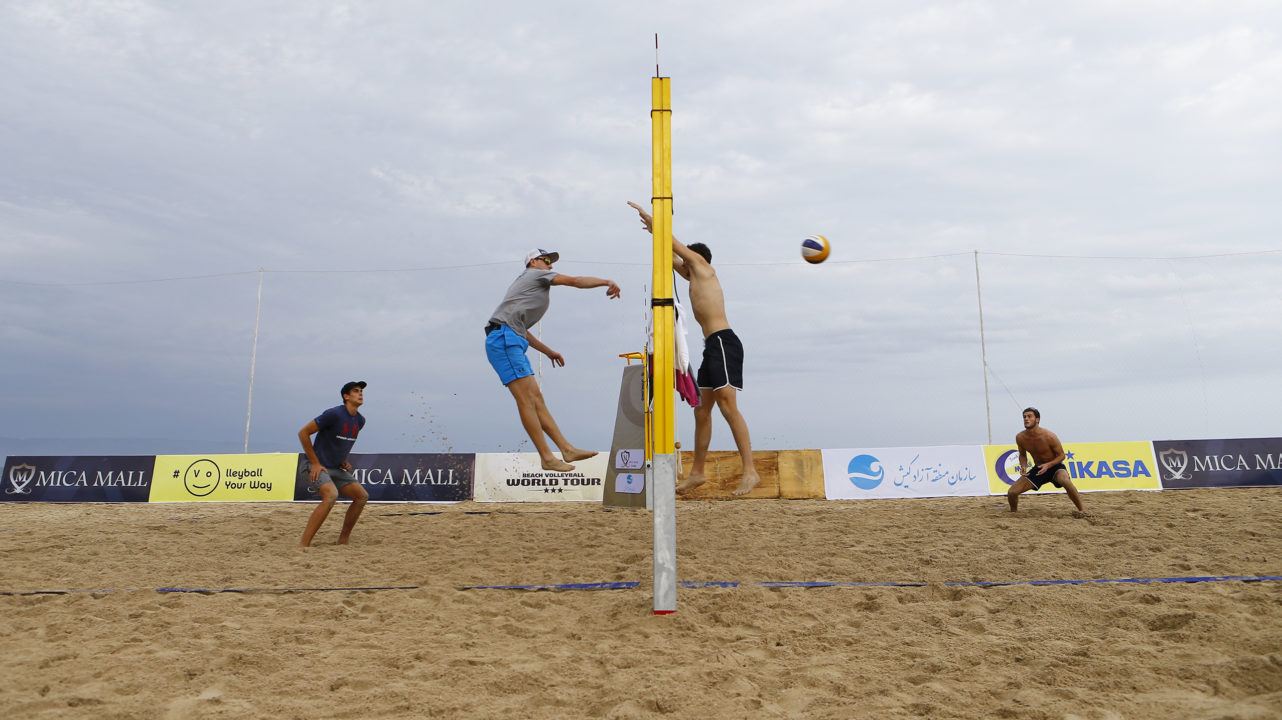 The future is looking bright for beach volleyball in Iran, with coaches and players hoping the sport will become as successful and popular as indoor volleyball.  Stock Photo via Courtesy: FIVB

Indoor volleyball is extremely popular in Iran, and now the Iran Volleyball Federation is hoping to bring beach volleyball up to the same level.

Part of this plan for growth includes the World Tour event in Kish Island. The men’s 3-star event concluded on February 18th, wrapping up its second year as a stop on the World Tour. Iran national player/coach Reza Naeini said this year’s event was an improvement on last year’s, because they switched from a point system to a single elimination tournament. “It’s good for the players, because they are not tired,” he said in an interview with FIVB.

With almost 1,500 miles of coastline, Iran is well-suited for the sport. The federation has also been focusing on training the young population. They introduced a beach volleyball league last year and have plans to get a new generation involved in the sport, with hopes that it will become as successful as indoor volleyball in the country.

Iran Federation President, Dr. Mohammad Reza Davarzani, hopes the World Tour Event will spark a desire to play for the spectators, especially the young ones. “When children see players here, it is a motivation. When kids see they can go to the Olympics and to high level championships, they will try to prepare,” says Davarzani.

To see all results from the Kish Island event, click here.