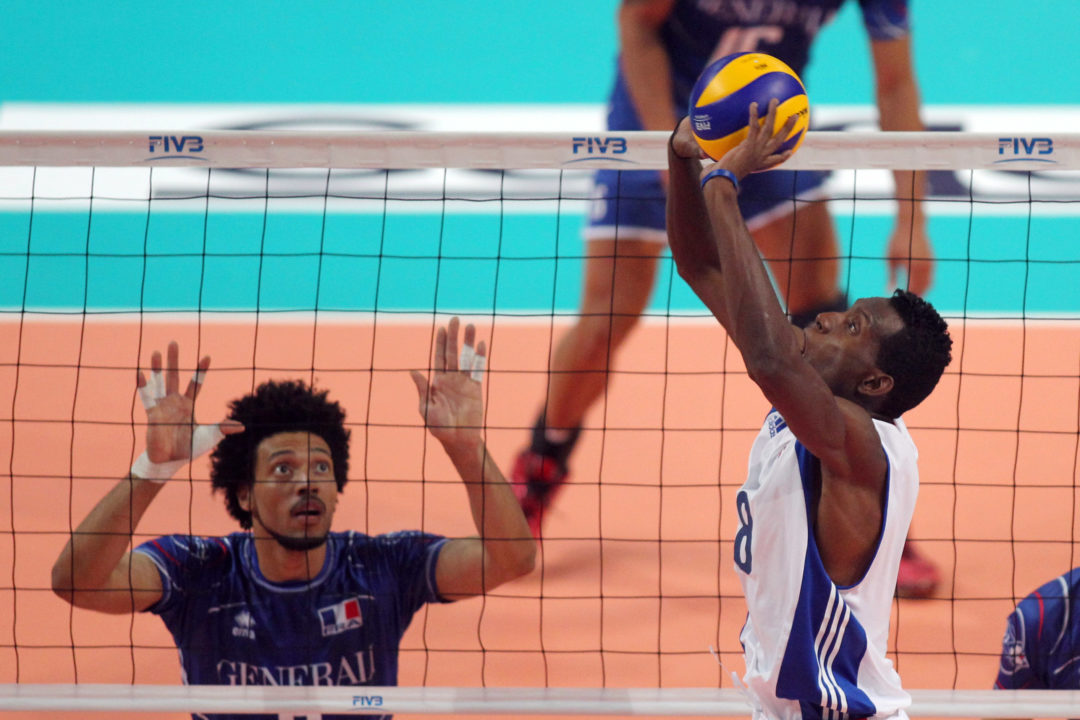 Russian side Yenisey Krasnoyarsk has parted ways with 33-year old Cuban-born setter Yoandri Diaz, who has been with the club for... Archive Photo via FIVB

Russian side Yenisey Krasnoyarsk has parted ways with 33-year old Cuban-born setter Yoandri Diaz, who has been with the club for 4 years and helped them promote to the Russian Super League.

Diaz played with Cuba at the 2010 World Championships where the team won silver. He mostly served in a reserve role, but came in mid-way through the gold medal match that year to try and right the Cuban ship while they were being pounded by Brazil. While his presence at setter improved the team’s offense, it was not enough to win a set against the Brazilians.

Sometime around 2013, Diaz defected along with Wilfredo Leon to pursue a professional career internationally.

Yenisey brought in a new coach this year after finishing just 12th in the league standings last year. They would eventually beat Dinamo-LO in the play-out tournament, though Dinamo-LO would save itself from relegation in the transitional tournament. Diaz was already absent for that play-out tournament, with Roman Zhos taking over starting setter duties in his stead.

Diaz played in 71 sets and 23 matches across the season, averaging half-a-point per set and a +16 scoring advantage. He more-or-less split time with Zhos all season.

The move was the first announced personnel decision of the club’s head coach Lubomir Travica. A Serbian by birth, Travica was the head coach of the Serbia and Montenegro men’s national team from 2003-2006, including leading them to a bronze medal at the 2005 European Championshisp and 2003 World Cup.

He was most recently the coach of Shahrdari Urmia VC in the Iranian league. His son Dragan is a member of the Italian men’s national team.