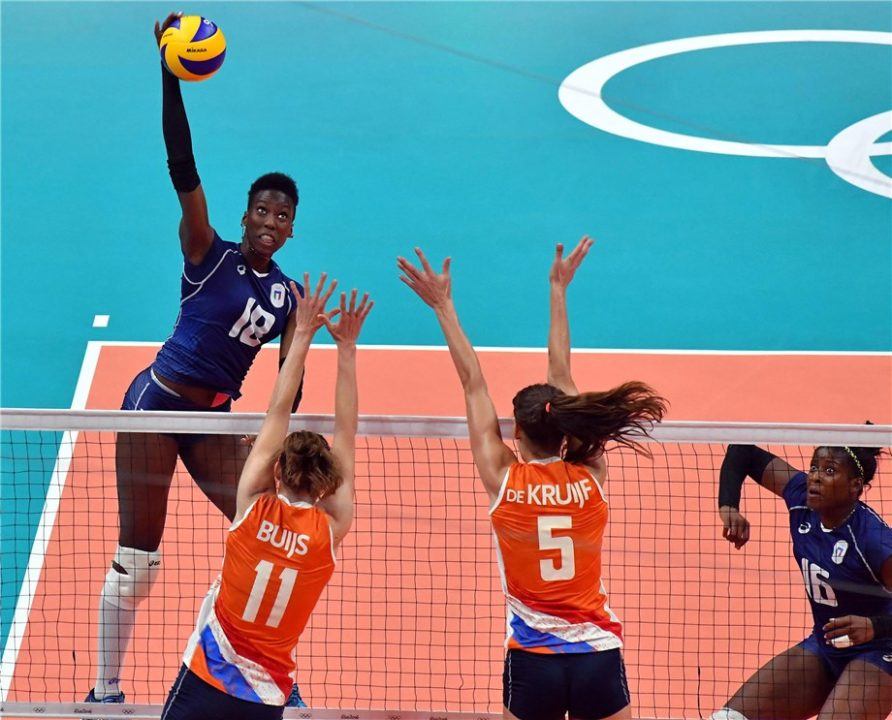 Paola Egonu, an Italian volleyball player, has been named by Carriere della Sera as one of the top 10 Italians... Current Photo via FIVB

Paola Egonu, an Italian volleyball player, has been named by Carriere della Sera as one of the top 10 Italians for the Future.

The country’s leading daily newspaper named Egonu to the list, which recognizes 10 young Italians in the fields of politics, business, entertainment and fashion are recognized. This group represents the future of Italy and how the country will be shaped.

The opposite side hitter was born to Nigerian parents in the northeast Italian town of Cittadella. Egonu has had to deal with racial abuse during her development in the sport.

Egonu plays with Club Italia, helping Italy win the 2015 FIVB Girls U18 World Championship. At the age of 17 this past year, Egonu made her Olympic debut at the 2016 Rio Olympic Games and also participated at the FIVB Volleyball World Grand Prix.

For 2017, Egonu looks to participate in the European Championships, also being eligible for the Women’s U20 World Championship, which takes place in Mexico.