Zenit Kazan Proves Too Tough For Toulouse In Champions League 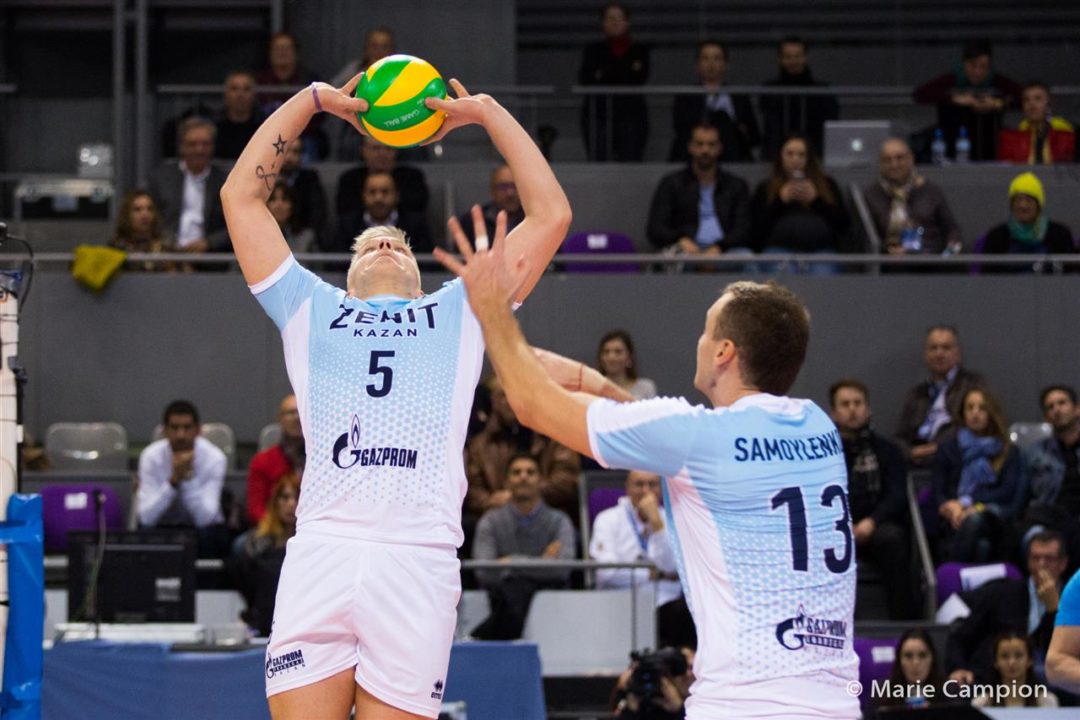 Zenit Kazan proved they were one of the top teams in Europe as they took down Spacer's Toulouse VB in four sets without two of their top players.  Current Photo via CEV

Zenit Kazan proved they were one of the top teams in Europe as they took down Spacer’s Toulouse VB in four sets without two of their top players. The Russia side played the match without their star players, Wilfredo Leon and Maxim Mikhailov – who decided to take a break from the opening day of play of the fourth round in the Champions League.

Kazan is looking to win their fourth straight Champions League to become the only team in the history of the event to do so. Additionally, they are trying to keep the title in Russia, as no other country’s club has taken the title since 2012.

Toulouse won the first set in dramatic fashion, as they stuffed Kazan to end the set 31-29. They, however, were not able to stand up to the three-time reigning champion Kazan as they were swept out of the remaining sets. None of the remaining sets were blowouts, as Toulouse put the pressure on Kazan for the entire match, they were just unable to finish the crucial points need to take the match.

Stepping up in the absence of Kazan’s stronger players was Nikita Alekseev as he contributed a match-best 26 points in the win while Matt Anderson added in another 17. Maxim Panteleymonenko recorded 12 points for Kazan as well.

For Toulouse, Bruno Temponi Araujo put down a team-best 18 points in the loss while Luka Basic added another 15 points in the effort.