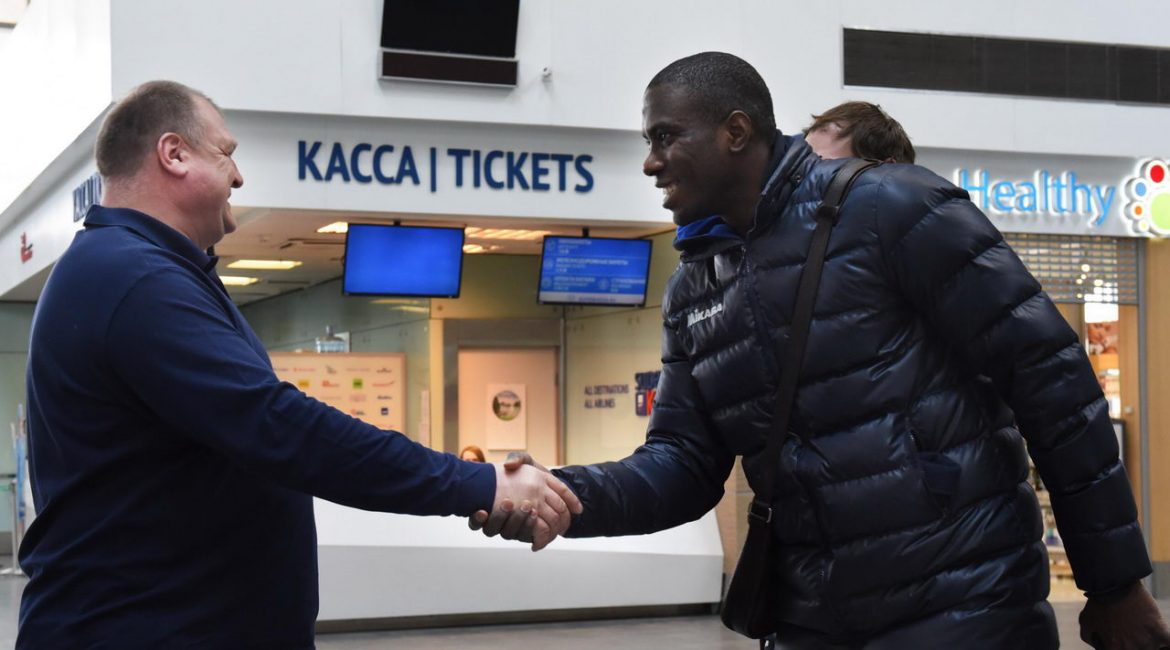 The transaction will crown the player's very productive 2017-18 Superleague season, in which he led Zenit to a 5th place finish with a 17-9 record Current Photo via Vczenit-spb.ru

Zenit St. Petersburg has announced in its official website that it has extended Cuban star Oreol Camejo‘s contract through 2019. The transaction will crown the player’s very productive 2017-18 Superleague season, in which he led the club to a 5th place finish with a 17-9 record. Both parties commented on the news:

“We are very pleased with the fact that Oreol will continue to play for our team. For this season, he proved himself as one of the team’s leaders, thus confirming his high level of play and leadership. It is also very important that the Cuban very quickly became acquainted with the team. Oreol is an incredibly positive guy, he has excellent relationships with his teammates and with the fans. I believe that signing a new contract with him is a tremendous move for for Zenit.” – Ali Khalilulin, Zenit’s General Manager

“I’m happy to continue my career in St. Petersburg. Zenit is a terrific club of the highest level, we are able to solve the most difficult and ambitious tasks. I will do everything in my power to bring the team as much benefit as possible. The city in which we live is incredibly beautiful and comfortable. It’s very comfortable for me and my family.

After beating Novyi Urengoy in the compmetition’s quarterfinals, Camejo will now try to get Zenit past Dynamo Moscow in Superleague’s semifinals.