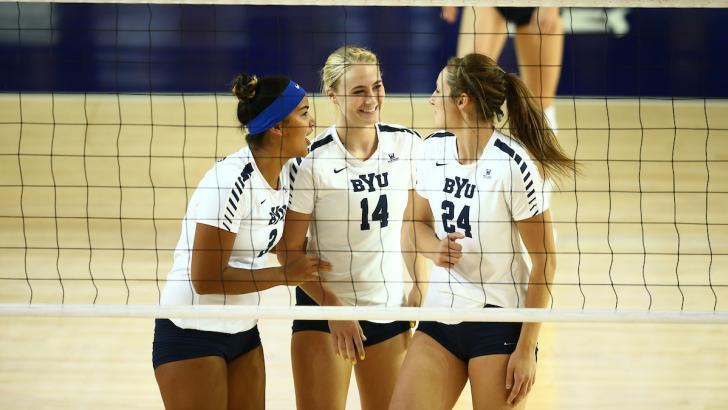 Wednesday featured a loaded slate of teams kicking off conference play as we continue week five into the 2017 season. Thursday is a bit more of a down day in terms of the sheer quantity and high-level teams playing, although some ranked mid-majors continue the start of their respected conference play.

Santa Clara plays host to its second top-10 opponent in two weeks as these two schools open up their 2017 West Coast Conference slate.

The host team, Santa Clara, actually took down the then eighth ranked Kansas Jayhawks in five sets a week ago to earn a marquee victory on the season and prove they can take down top-level teams. They’ll need Jensen Cunningham to be on her game again as she posted 16 kills while hitting .500 and six blocks in that match.

BYU will look to avoid such an upset and get off on the right foot as they start their campaign towards being the 2017 WCC champion. They were able to fend off Santa Clara twice last year, including in the Leavey Event Center in four sets as then freshman and current sophomore McKenna Miller logged 16 kills and a pair of blocks.

Colorado State had a strong non-conference slate and will look to carry that into Mountain West play as they look to take home the crown. A New Mexico team that’s off to a solid start stands in their way as the Rams look to avenge their last home loss to Colorado with a new season so to speak in conference play.