Previewing This Week in the Top 25: Week 5 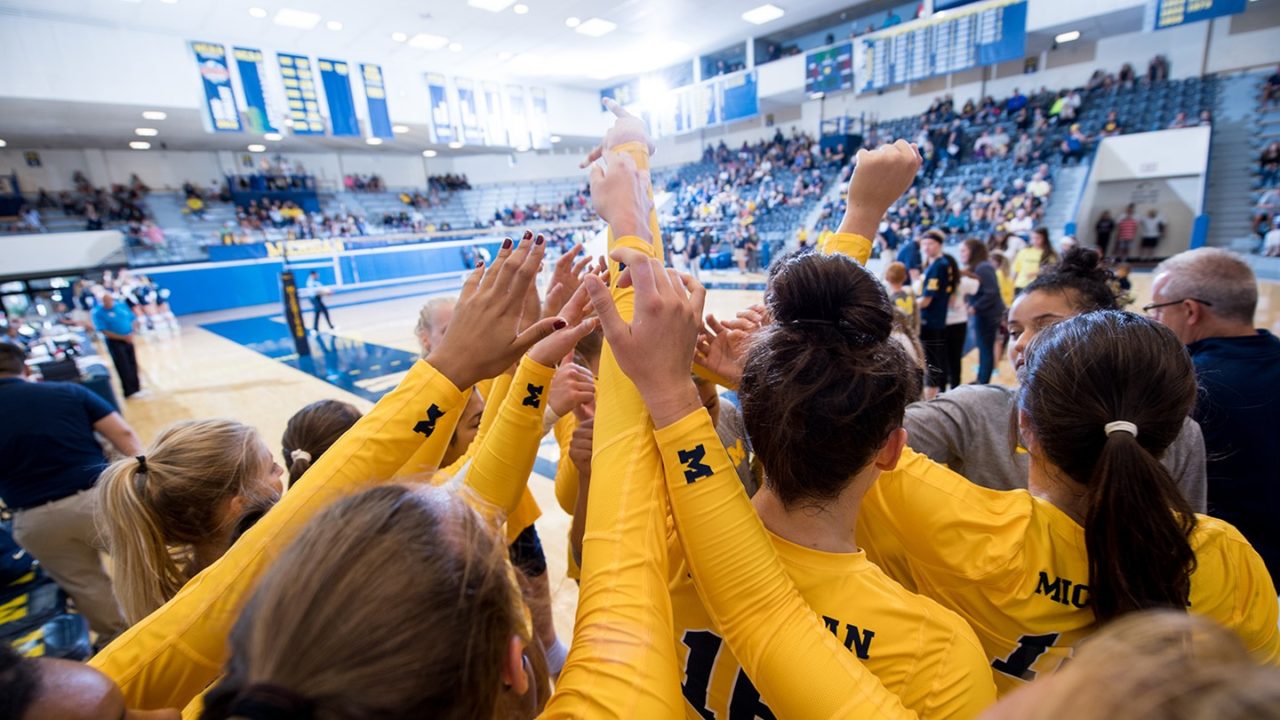 No. 24 Michigan has the toughest slate on Week 1 of conference play, facing off with undefeated and Top 5 ranked foes in No. 3 Minnesota and No. 4 Wisconsin on the road.  Current Photo via Michigan Athletics

Week 5 brings the beginning of conference play, meaning teams are more familiar with one another and there is more on the line as teams jockey for postseason position, even on opening weekend.

There are still a few holdover non-conference affairs including one with possible major implications as No. 1 Florida looks to stay undefeated, facing off against instate rival No. 22 Florida State at 6 p.m. Tuesday. The Fresh from Florida Sunshine Showdown match was originally scheduled for Sept. 12, but was posponed due to Hurricane Irma. This marks the 10th straight meeting where both sides are ranked and the first since the Seminoles knocked off the Gators in five sets in last year’s NCAA Tournament second round.

On the conference front,  No. 8 Oregon returns to action after a week off and will battle rival Oregon State at 10 ET.

Eight of the 14 Big Ten teams are either ranked of receiving votes and there are some barnburner matchups set for the weekend. No. 14 Nebraska will visit No. 2 Penn State, No. 24 Michigan will face No. 3 Minnesota and vote-getter Michigan State will battle No. 4 Wisconsin. Nebraska will be without Briana Holman for this season’s lone meeting with the Nittany Lions, as she is out for an undetermined time with an ankle injury.

On Saturday, No. 24 Michigan will have another stiff test, taking on the No. 4 Badgers in Madison.

Other head-to-head matchups between ranked foes or those receiving votes include: No. 7 Washington at vote-getter Washington State and  No. 15 UCLA at No. 18 USC, both on Wednesday. Also in the Pac-12, No. 21 Colorado will take on No. 16 Utah Friday night at 9 p.m. ET followed by No. 8 Oregon at No. 15 UCLA.  On Saturday, the conference will see No. 5 Stanford battle newly ranked No. 20 Colorado.

Creighton, which dropped six spots in this week’s poll, meets Georgetown on Friday to kick off Big East play, where we will see if All-American setter Lydia Dimke is off crutches and back in the lineup.

With all of the parody shown so far in non-conference action, Week 5 could be grounds for upsets and the end of the remaining seven undefeated seasons. Florida, Penn State, Minnesota, Wisconsin, Towson, James Madison and Miami (Fla.) look to maintain their residency in the win column.