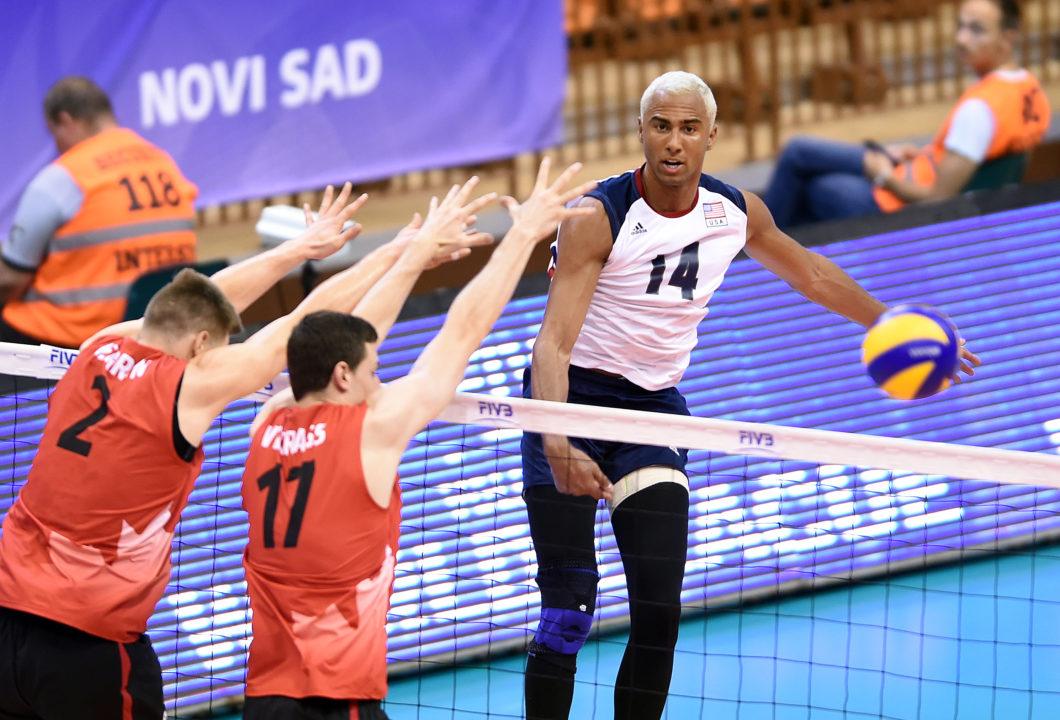 High flying opposite Ben Patch will start his pro career in Italy - one of 299 Americans starting the season abroad this season.f. Archive Photo via FIVB

The 299 processed this October are up from just 262 processed last October – and the number historically has continued to rise (it was a record-setting 400 by the time all was said-and-done last season).

This year, 217 females and 81 males will play internationally from the USA. Germany continues to lead the way for women, with 34 players this year – though that’s down from the 44 who started their last season. 30 Americans will play in England, 25 in France, 20 in Switzerland, and 14 in Italy.

England and Italy will each get 16 U.S. male athletes, with 11 members of the U.S. Men’s National Team centralizing themselves in Italy, which is arguably the top men’s league in the world. Among the exceptions are libero Dustin Wattern and middle blocker David Smith, who are no longer teammates at WKS Czarni Radom but both still play in Poland; and superstar Matt Anderson, who has arrived 6 weeks in to the Russian season with his side Zenit Kazan.

Carson Clark doesn’t have an international transfer listed. He didn’t play in a pro league last year either.

In total, U.S. athletes are expected to play in 33 different countries around the world.

Only 11 of the 14 members of the U.S. Women’s National Team from the World Grand Champions Cup are expected to play internationally this year. Among the players who aren’t yet, at least, on a roster is Justine Wong-Orantes, who is serving on the Long Beach State coaching staff. Also not listed for transfer yet is setter Carli Lloyd, who left her Turkish club Fenerbahce after undergoing shoulder surgery this summer, and Megan Courtney, who suffered a 2nd ACL injury this summer. Aiyana Whitney is also not scheduled for an international transfer yet, though she’s played in Puerto Rico in the past, which doesn’t require international transfers as an American territory.