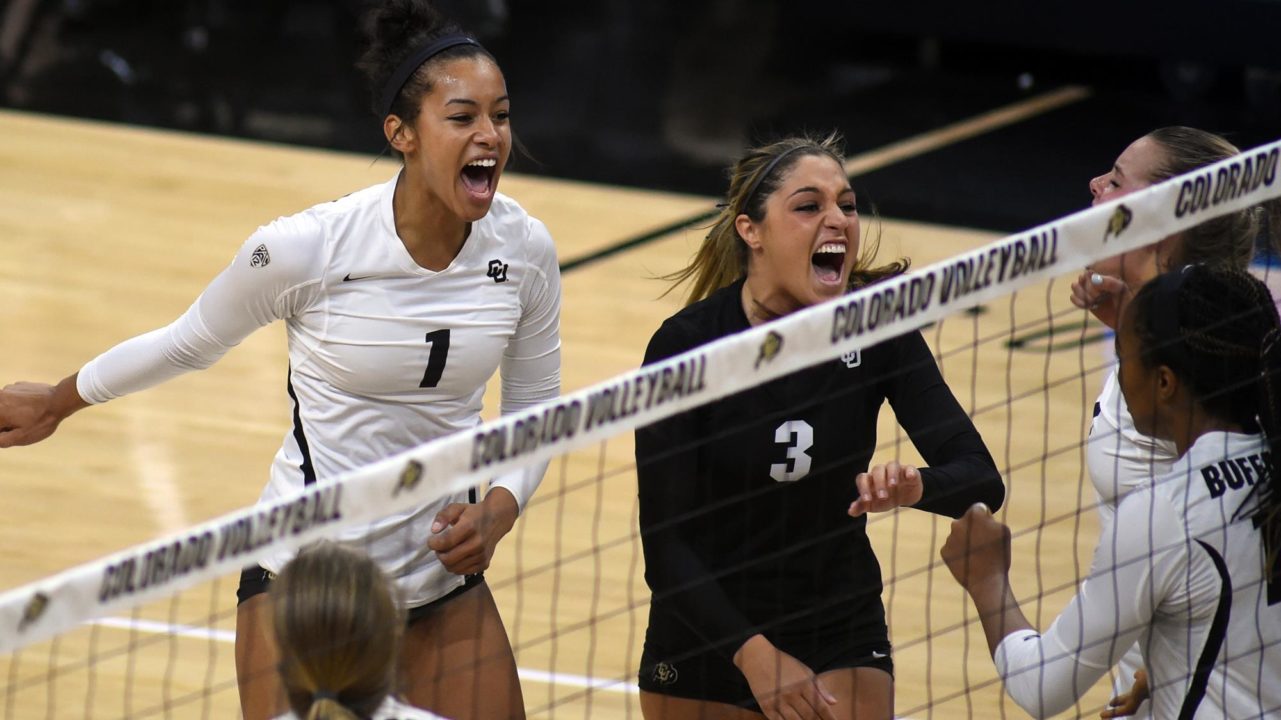 BOULDER, Colo. – The No. 22 Buffaloes bested No. 12 Oregon in every statistical category, including a 17-9 lead in blocks, in a four-set home victory.

Oregon managed a .000 hitting percentage in the opening set, with 10 hitting errors and 10 kills. Colorado went up 9-2 in the early going with help from three blocks and three Duck errors. Oregon was back within three at 11-8 as Agost notched two blocks and a kill. The Buffs scored nine of the next 12 points, with three blocks by Naghede and three kills by Shebby. The Ducks rallied one more time, cutting the margin to five at 23-18 with four CU miscues, but a service error and a Hayes putaway wrapped up the 25-18 victory.

Colorado led 13-9 in Set 2, before Oregon mounted a mid-set comeback. A 9-1 run turned the deficit into an 18-14 advantage. Three Agost putaways and kills by three other players aided the rally. Down 22-17, Colorado managed five straight points, including two stuffs by Naghede and Hayes, brought the stanza to a knotup at 22. Oregon had the first set-point try at 24-23 after a Buff hitting error, but Smith thwarted the effort with a kill. A kill and a block by Stone gave the Ducks the 26-24 win and tied the match.

Colorado hit at a match-high .444 clip in Set 3, kicking it off with a 7-4 lead. Oregon battled back and grabbed a 13-11 lead as five players turned in kills. Down 14-12, it was the Buffs turn to rally, which the team did with an 11-3 run. Shebby notched four kills and Smith added two more as Colorado went up 23-17. Shebby registered two more putaways to give the Buffaloes the 25-19 win.

The Ducks hit just .024 in the final stanza. Colorado used a 5-0 run, including a kill and a block by Hayes and Abu, to take a 12-6 lead in the set. The Ducks sliced the margin in half at 15-12 , but couldn’t break through. Down 20-13 after two Shebby kills, Oregon rallied again, but again could only muster enough to pull within three at 21-18. The Buffs scored four straight to end the night at 25-18. The final blow came on a Duck hitting error, set up by a block and kill by Naghede.