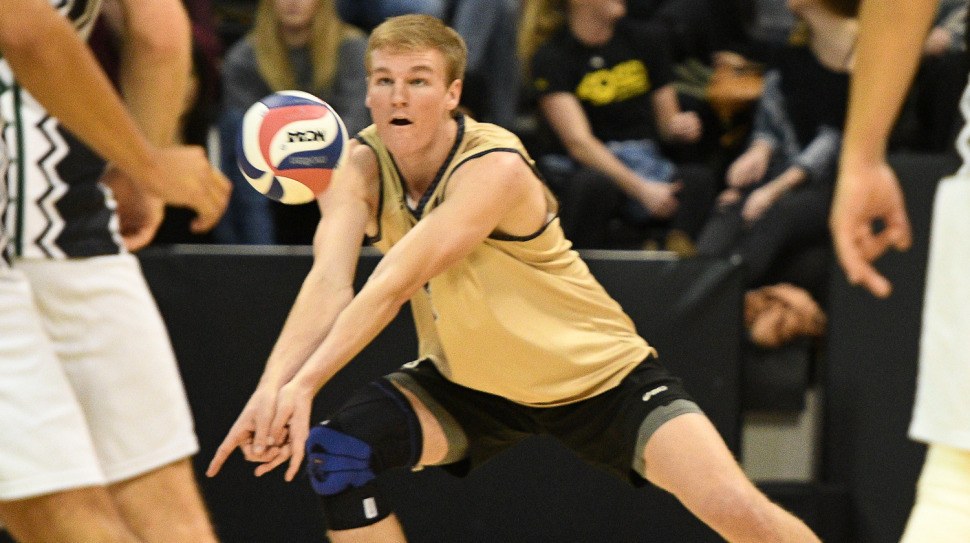 #2 LBSU strengthened their grip on the MPSF by sweeping #5 UCLA 3-0 on Saturday. Archive Photo via LBSU Athletics

In spite of the return of top scorer Jake Arnitz on Saturday from a 3-week injury absence, the 5th-ranked UCLA Bruins were swept by the 2nd-ranked MPSF leaders LBSU on Saturday 3-0. While Long Beach State has the same number of losses, 1, as BYU does, the Beach are much further into their MPSF schedule with 9 wins to BYU’s 6.

UCLA, meanwhile, with their 6th loss, may have but the final nail in their coffin for hopes of an at-large bid to the NCAA tournament. The team now ranks just 6th in the conference after losing 5 of 6 games. With all of their matchups against conference leaders LBSU and BYU wrapped up for the season, they don’t have much opportunity for statement wins the rest of the season – a home game against Lewis and 2 against Hawaii are the biggest remaining opportunities.

That means UCLA’s eyes will now be squarely set on April 15th an the start of the MPSF tournament, where a win would still guarantee them of a spot in Columbus in May.

The Beach took their 6th-straight win on Saturday thanks to 15 kills from sophomore outside hitter TJ DeFalco, who hit .483 in the game. He also had 5 digs, an assist, an ace, and a block. That’s his 4th-straight game with double digit kills and 13th time in 15 games this season to reach the plateau as well. He’s hit better than .400 in each of the team’s last 5 games.

UCLA eased Arnitz back into the rotation on Saturday: he played just 2 of the 3 sets in the game. He finished with 5 kills and 3 errors on 14 attacks – after going for 20, 10, and 11 in the three games before he got hurt.

UCLA middle blocker Daenan Gyimah had 13 kills to lead the way for the Bruins, and also added in 5 block assists. The kill total is 1 shy of his season-best.

LOS ANGELES – The second-ranked Long Beach State men’s volleyball team extended its winning streak to six after knocking off No. 5 UCLA on the road in straight sets (25-20, 25-23, 25-22), marking the Beach’s sixth-consecutive 3-set sweep.

For the third straight match, sophomore outside hitter TJ DeFalco led the Beach in kills with 15 as he hit .483 in the contest. Additionally, DeFalco added five digs, one assist, one ace and one block. Sophomore opposite Kyle Ensing also reached double-figures with 11 kills and was just one dig shy of a double-double with nine. He also posted three blocks and once ace.

Overall, Long Beach State hit .404 on the match as sophomore setter Josh Tuaniga set the offensive tone with 41 assists in the contest.

Long Beach State and UCLA opened the first set exchanging points until Ensing broke the 6-6 tie with a kill. The 49ers would put some room between themselves and the Bruins with a four-point advantage (12-8) as UCLA took a timeout to regroup. The break in action did little to stop the Beach as they extended their lead to five (22-17) forcing UCLA to call for another timeout.

The Beach took an early lead in the second set jumping out to a 7-3 lead. However, UCLA stayed diligent in its attack game and slowly chipped away at Long Beach State’s lead until the two teams were deadlocked at 23-23. The 49ers would not let the set slip through their fingers, though, as Bryce Yould slammed down a kill and DeFalco put the game away on a service ace.

With the match on the line, UCLA battled Long Beach State in the third set as the two teams traded points early on before the Beach broke a 10-10 tie by rattling off three straight points. The 49ers owned the lead for the rest of the set, although the Bruins came within one point (21-20), Long Beach State put the set and match away after a UCLA service error.

In addition to DeFalco and Ensing’s offensive efforts, Long Beach State saw eight kills from Andrew Whitt, who also hit .308 in the match, and seven kills from Yould who boasted a .583 clip (7-0-12). Amir Lugo-Rodriguez tallied four kills on five attempts without committing an error as he hit an impressive .800 in the match.

UCLA received a pair of double-figure performances from Daenan Gyimah (13 kills) and Dylan Missry (10 kills). The duo also led at the net with five blocks each. Micha Ma’a and Hagen Smith split setter duties as Ma’a tallied 21 assists, while Smith dished out 13. Ma’a also led the Bruins with seven digs.

Long Beach State looks to extend its winning streak to seven on Wednesday, Feb. 22 when it hosts Cal Baptist at 7 p.m. in the Pyramid.

No. 5 UCLA lost to No. 2 Long Beach State in straight sets in an MPSF volleyball match played on Saturday evening in the Wooden Center. Scores of the contest were 20-25, 23-25, 22-25. UCLA is now 10-6 overall and 7-5 in league action this season. The Bruins were led by Daenan Gyimah, who totaled 13 kills and hit .800, and Dylan Missry, who added 10 kills and a career-best five block assists while hitting .320.

In set one, Long Beach State used a 0-3 run to separate after the score had been even at the first six points of the match. UCLA closed to 12-15 on a kill by Micah Ma’a, but could not pull even again. Long Beach hit .500 for the set and posted an 85% sideout rate.

Set two went the 49ers way early as the visitor’s jumped out to a 3-7 advantage. Long Beach built the lead out to 11-18 before UCLA slowly worked their way back into the set. Eric Sprague came in to serve the Bruins to six straight points, including his first ace of the season, to slice the gap to 17-19. Jake Arnitz and Gyimah combined on a block to make it 18-19. Michael Fisher then came off the bench with a big dig and a key serve to help the Bruin even the score at 23-all. However, the 49ers had the answers with a kill and an ace for a 23-25 win.

UCLA hit .366 for the match to .404 for Long Beach. Long Beach recorded five aces to one for UCLA. The Bruins won the blocking battle 10.0 to 6.5. Ma’a topped UCLA with seven digs, while Davis Gillett added six. Missry and Gyimah each finished with five block assists. Arnitz registered five kills and a block.

The Bruins head back on to the road next week with MPSF matches at No. 8 UC Irvine and UC San Diego on Friday and Saturday, respectively. The next home contest is on March 8 vs. No. 7 Lewis.