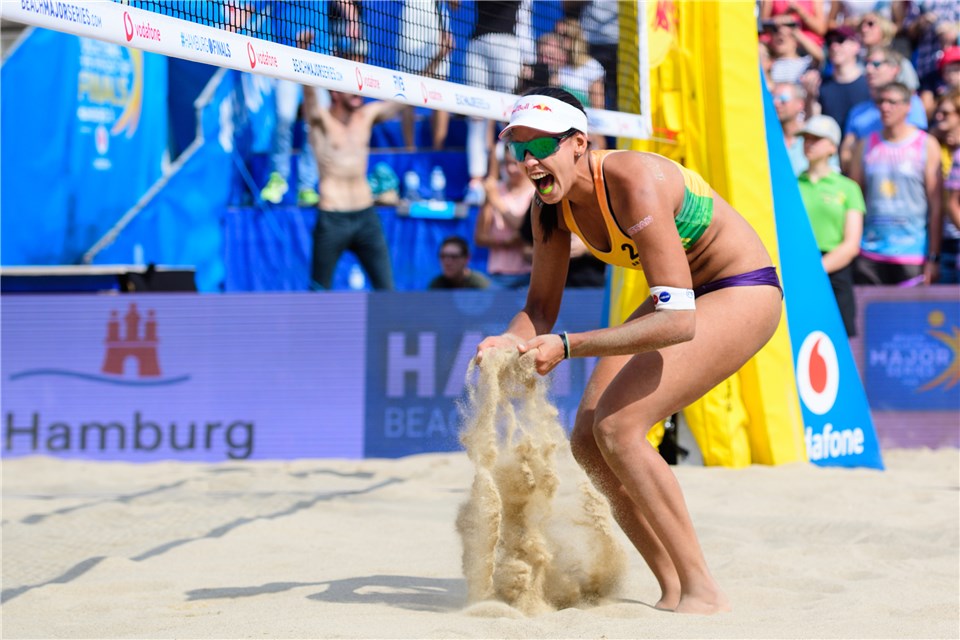 Duda aired with 35-year old veteran Agatha Bednarczuk to win the tour-closing FIVB World Tour Finals in Hamburg, Germany, where they swept Czech pair Barbora Hermannova and Marketa Slukova. For Duda, this was a first major international tour title. She was previously the 2014 Youth Olympic Games champion, the 2016 and 2017 U21 World Champion, and 2013, 2014, and 2016 U19 World Champion as well. She was named the FIVB World Tour’s “Top Rookie” in 2016 at just 18-years old.

The only women’s pair that won more World Tour tournaments than them in 2018 was Australian pair Mariafe Artacho and Taliqua Clancy, who nearly completed a ‘grand slam,’ winning one each of a 1-star, 2-star, 3-star, and 4-star tournament. They placed 3rd in the World Tour finals and 2nd at the Commonwealth Games (a non-World Tour event) as well. Artacho was named Most Improved Player, while Clancy won Best Server honors.

Awards are voted upon by players, referees, and FIVB officials. Duda also won Best Offensive Player and Best Hitter, while Agatha was named Most Inspirational and Sportsman of the Year.

The Americans were shut out of the women’s awards this year, after Sara Hughes was named Rookie of the Year last season. Canada cleaned up with 3 awards won by 3 different players.