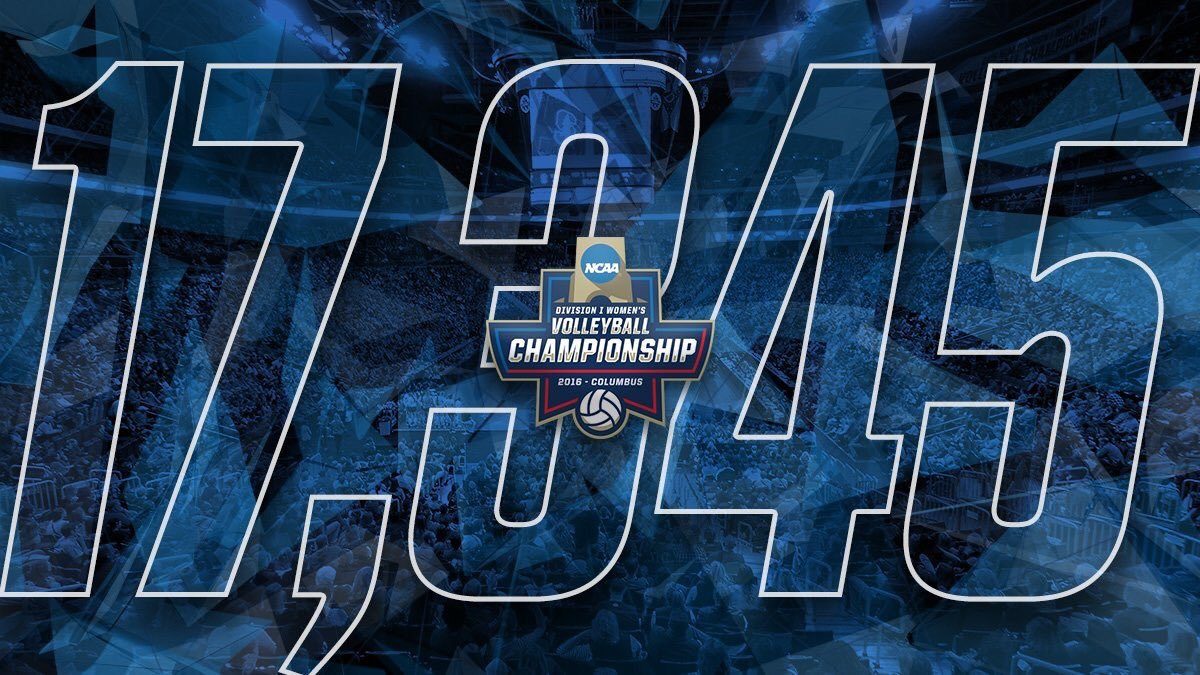 Even with no local teams in the final 4, 17,345 fans packed into Columbus’ Nationwide Arena for Saturday evening’s championship... Current

Even with no local teams in the final 4, 17,345 fans packed into Columbus’ Nationwide Arena for Saturday evening’s championship game between the Stanford Cardinal and Texas Longhorns. That’s the 4th-largest crowd to ever see an NCAA Division I Women’s Volleyball event. That’s about an 88.9% capacity of the ascribed 19,500 seats available in the arena.

While neither the semi-finals nor the finals drew as big of a crowd as last year’s did in the smaller CenturyLink Arena, last year had more working in its favor. Besides being in the volleyball-mad heartland of the country, the final 4 featured a game between Kansas and Nebraska. Lincoln is only like a 60 mile drive to Creighton, and Lawrence isn’t too much further away.

In fact, before Saturday night’s game, the CentruyLink Center had hosted the 5 highest-attended games in NCAA history, showing just how big the sport is in Nebraska.

Notably, this was the most-attended game in NCAA history that didn’t include Nebraska, though Texas has been involved now in each of the top 4.

Note: in final 4 scenarios, where games are played back-to-back, fans get two games for the same ticket, and as such attendance is accounted as a single number for the two games.

The top-10 games/game groups of all-time: