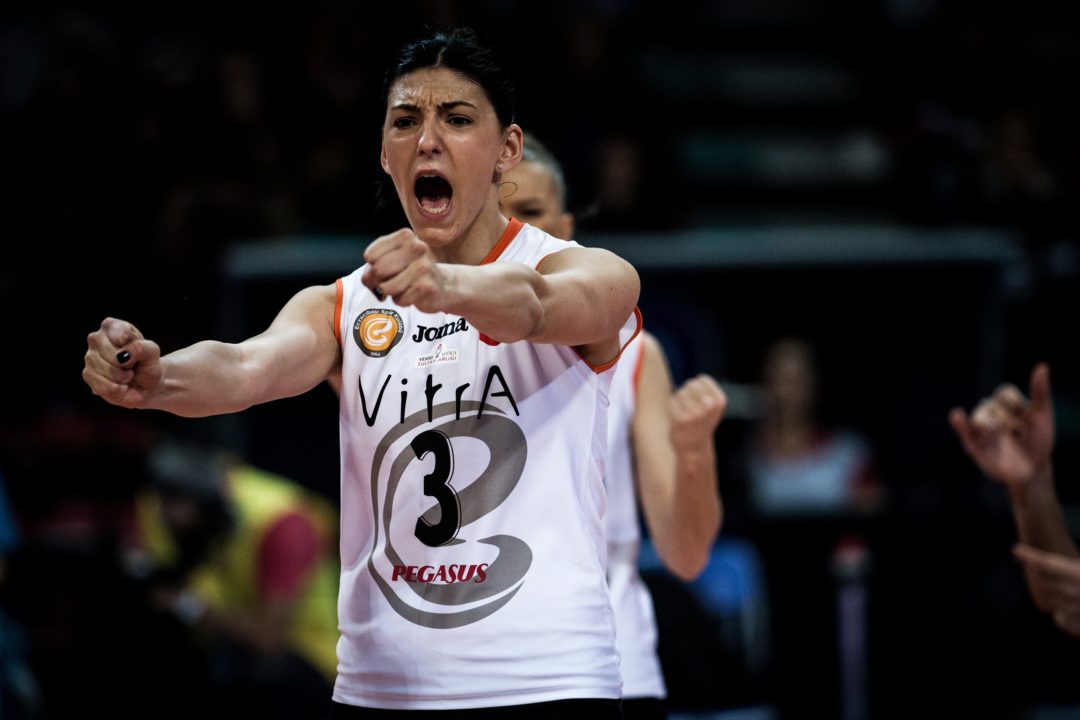 2017 European Championship MVP and 2018 European Cup MVP Tijana Boskovic will remain in Istanbul through at least the 2020-2021 season. Archive Photo via CEV

After pulling off one of the hugest transfer signings of the summer so far by adding South Korean superstar Kim Yeon-Koung, Turkish pro side Eczacibasi VitrA Istanbul made sure to lock up their existing stars for next season as well.

Besides securing the services of American Jordan Larson for next season, the team has agreed on a contract extension with Serbian Tijana Boskovic through the 2020-2021 season, meaning that she’ll have at least 3 more seasons in the orange. Her existing contract was due to end after the 2018-2019 season.

Boskovic joined the team in 2015 at 18-years old after playing her youth career at home in Serbia. The team finished 3rd in the league table in her first two years with the team, but went 21-1 in the regular season last year to land atop that table. They would eventually lose to Zhu Ting and VakifBank in the 5-leg final, 3-2, to take the silver medal of the league – which secures their spot in the revamped European Champions League next season.

Boskovic was ranked as the 2nd-best opposite in the league in data-volley statistics, by the slimmest of margins, and was 4th overall in the league with 399 points in 74 sets played (5.39 points/game) while hitting 54% – 7 points better than any other player with at least 250 swings on the season.

Boskovic is currently the 2nd-leading scorer in the Volleyball Nations League tournament, though she is one of a number of stars that Serbia has left home for the upcoming week 5 round of play and so will likely fall in those rankings.