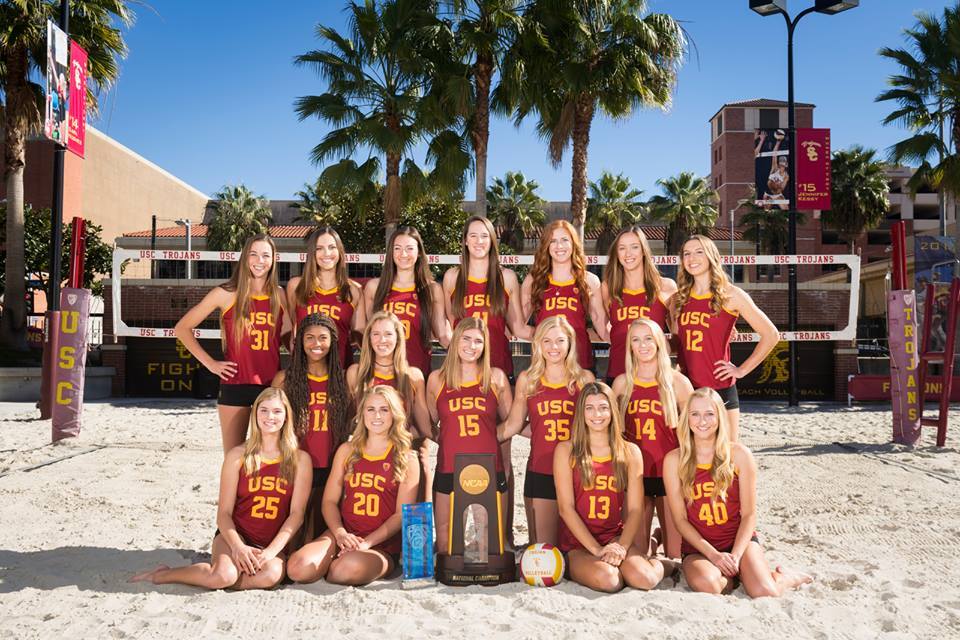 The USC Trojans will look to defend their 2016 NCAA beach volleyball title, and their quest will be broadcast live on truTV and TBS. Archive Photo via USC Athletics

The 2017 NCAA Beach Volleyball Championships will air live on truTV for the second straight year.

The tournament begins on Friday, May 5th and Saturday, May 6th with truTV airing live action from 3-6PM Eastern Time. Then, on Sunday, the championship match will be held, weather-permitting, at 2PM Eastern Time on TBS.

All matches that are aired on either network (which won’t be every one) are also available through Turner’s TV Everywhere platforms, including the Watch TBS and Watch truTV apps.

The tournament is a double-elimination event that will be held in Gulf Shores, Alabama.

The USC Trojans won last year’s NCAA championship tournament and are the heavy favorites this year, in spite of a 3-2 loss to #2 UCLA in the Pac-12 Championship tournament. That snapped a 62-game USC winning streak, but they came back in the final to beat UCLA and win the title anyway.

Last April, Turner and the NCAA reached a “multi-year” deal to broadcast the event. In the initial broadcast, the championship game drew a rating of .13 according to showbuzzdaily.com, with an estimated 357,000 viewers tuning in. That made it the 69th-best rated original cable telecast of the day.