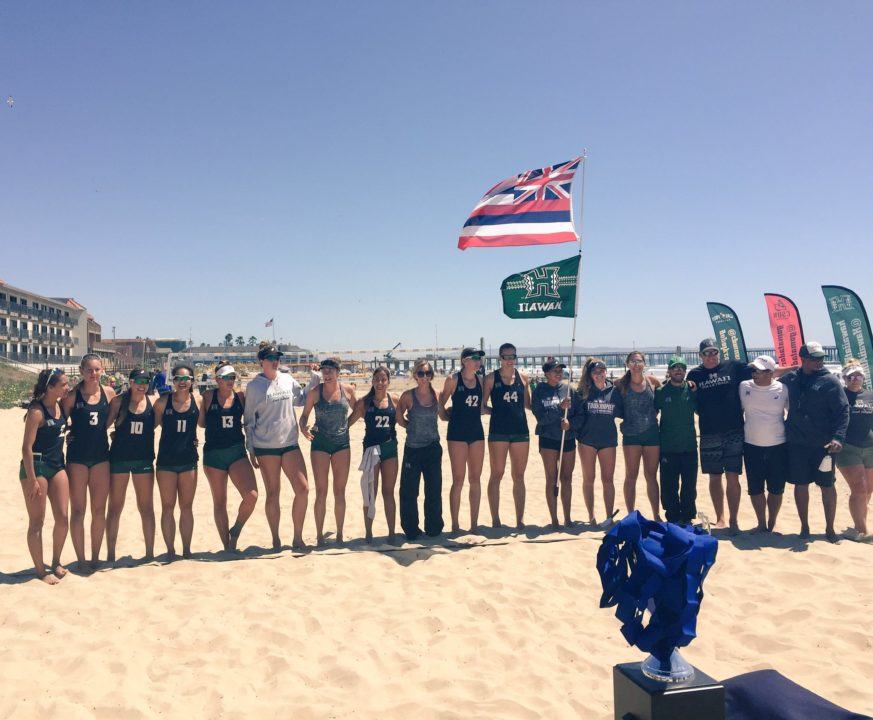 NCAA.com will live-stream the 2017 Beach Volleyball National Championship Selection Show on Sunday, April 30th, at 7P.M. Eastern Time. No link has been provided yet, but when available, should be posted here.

Since Jared Anderson’s last selection projection, nothing has happened that should impact the East Region results. He projects Florida St., LSU, and FIU, all from the CCSA, to be the 3 teams chosen. FIU rose fast after beating LSU in that conference tournament to advance to the championship game, which Florida St. won.

Out west, however, things have shaken up significantly. USC and Pepperdine after winning the Pac-12 and WCC titles, respectively, should be locks (USC will be the #1 seed). UCLA also moved into the lock category by being the first team to beat USC in 62 matches in that Pac-12 tournament, even though the Trojans came back to win. That probably puts them ahead of Pepperdine for the #2 overall seed.

Hawaii, by virtue of beating Long Beach State twice to win the Big West tournament on Saturday, becomes a near-lock for an at-large bid. In spite of their losses (including 4-1 in the championship game), LBSU should be in as well thanks to an early exit for Arizona from the Pac-12 tournament. Arizona was the only other team who looked worthy of a claim on the other at-large bid, but they didn’t do much in the Pac-12 tournament to ensure a return to the tournament for the second-straight season.