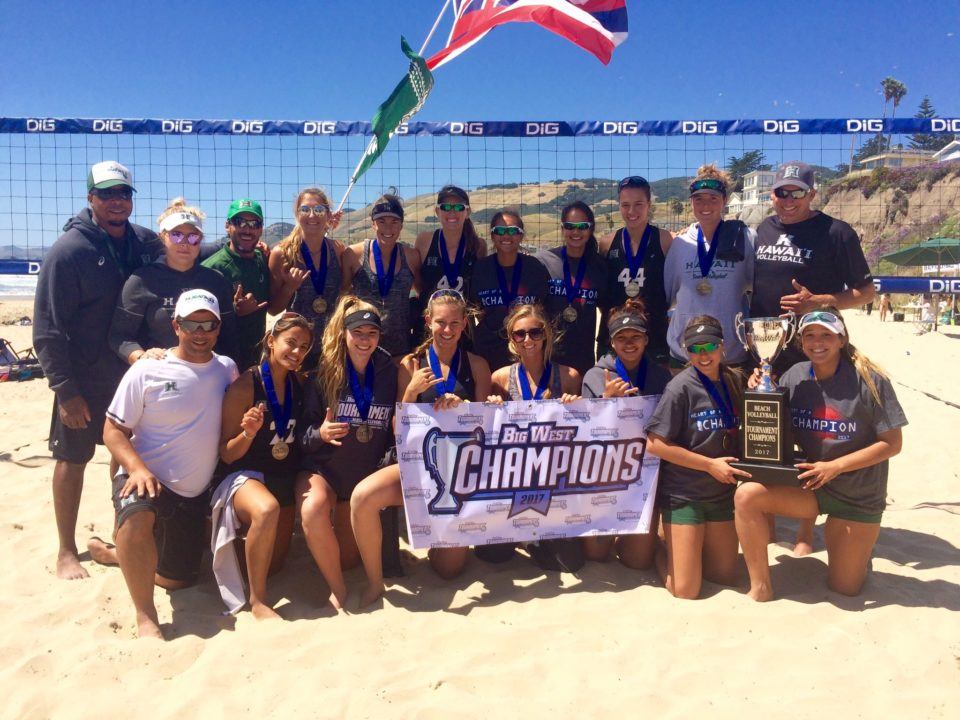 The 6th-ranked Rainbow Wahine beach volleyball team of the University of Hawaii are the 2017 Big West Conference Champions after a convincing 4-1 defeat of 5th-ranked Long Beach State on Saturday afternoon.

Earlier in the day, the teams squared off in the final of the winner’s bracket, and Hawaii won 3-2. Long Beach St. fought back, beating Cal Poly 3-2, to get another crack at the Wahine, but the outcome in the rematch was decidedly more emphatic.

Hawaii was the winner on the first 3 courts to finish, #4, #2, and #3, in that order. Those were the 3 courts where Hawaii won in the teams’ earlier matchup.

Then, with the outcome of the team competition decided, all that was left to play for was pride (and, for some, a possible berth in the AVCA pairs national championship tournament).

Hawaii’s #4 pair of Ari Homavun and Carly Kan won their 13th-straight dual match, which is a program record. That streak has survived even a move from the 5 line up to the 4 line. Kan, a former standout indoors for Missouri, has proven a valuable addition this semester for Hawaii. At 29-3, she and partner Ari Homayun tie with Emily Maglio/Laurel Weaver for the team’s best record this season.