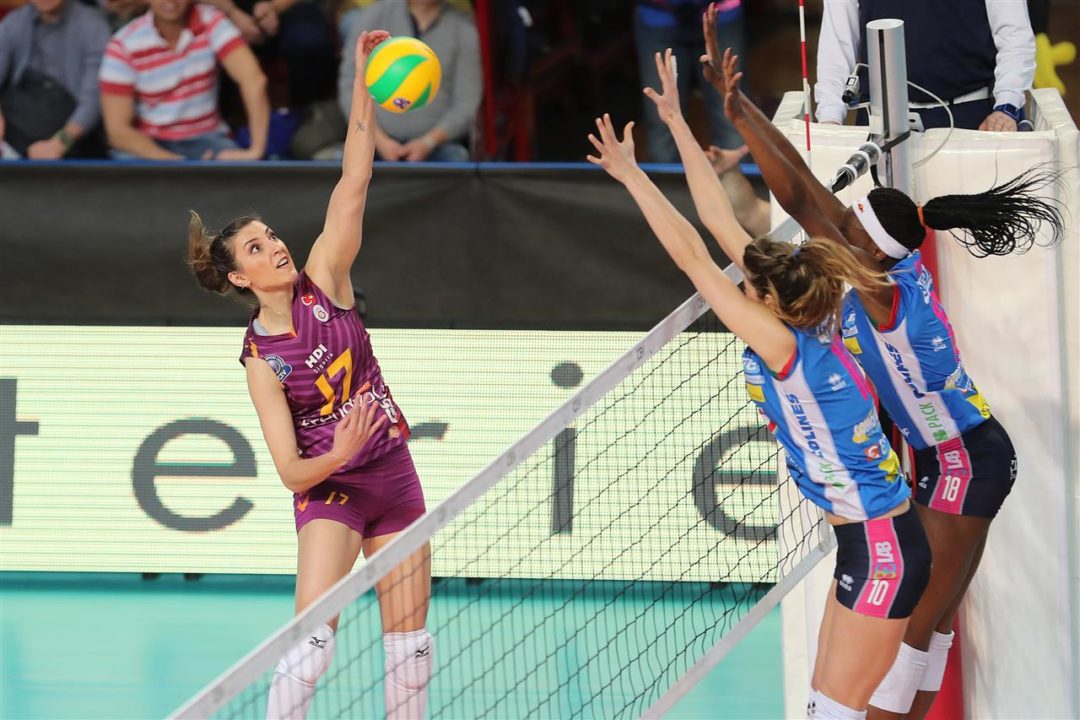 The Final Four has been determined after the 2018 CEV Champions League Playoffs 6 concluded on April 5. Current Photo via CEV

The Final Four has been determined after the 2018 CEV Champions League Playoffs 6 concluded on April 5. Just one home team was unable to seal the deal, as Galatasaray swooped in to take the Final Four spot.

VakifBank kicked things off with the easy three-set sweep over Volero Zurich. The Swiss team was held to just 43 points scored in the match with VakifBank holding them under 20 points in each of the three sets. The team’s star player, Zhu Ting, turned up her play in the match, scoring 21 points for the Turkish side. Lonneke Sloetjes also contributed double-digit points in the win with 14.

Dinamo Kazan made the comeback to win their match over Imoco Volley Conegliano but it was not enough to propel them to the Final Four. They lost their first match to the Italian team in straight sets, with them needing to match that to have a shot at a golden set opportunity. For Dinamo, Irina Voronkova was the match leader in points with 20 while Anna Kotikova posted 16.

After losing their first match in a five-setter, Galatasaray secured their Final Four spot with a four-set win over Novara. They fell short in the first set but turned things around in the next three to win the match. It was a tremendous day for Neslihan Guler Demir as she recorded 38 points in the win while Sinead Jack recorded 17.