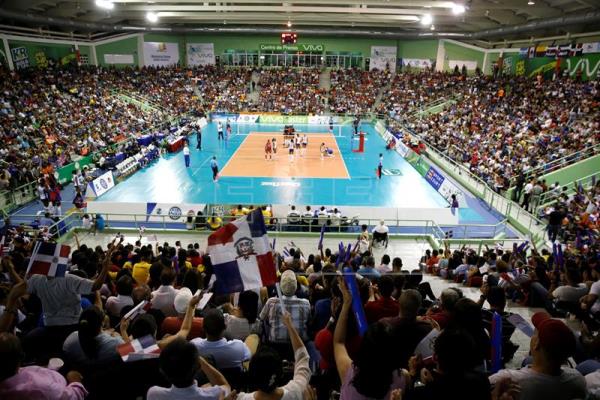 For the 2019 Pan American Games, the men's and women's Pan American Cups will now serve as a qualifying event for the games.  Current Photo via NORCECA

For the 2019 Pan American Games, the men’s and women’s Pan American Cups will now serve as a qualifying event for the games.

The Pan Am Games will take the top-eight teams in NORCECA from each gender and will be held in Lima, Peru. The top-five teams from the Pan Am Cups will receive an automatic berth into the Games. Peru, as the host of the competition, will automatically be qualified for both the men’s and women’s side of the games.

The women’s Pan Am Cup will take place in July 2018 while the men’s side of the competition will be played in August 2018.

With Peru as the host and five other spots being named at the Pan Am Cup, two more spots will come from one NORCECA and one South American team. These final two spots on both the men’s and women’s side will come from a qualification tournament that has a minimum of four participants following the 2018 Pan Am Cup.

Each confederation is entitled to include one up-and-coming national federation’s side to meet the quota.