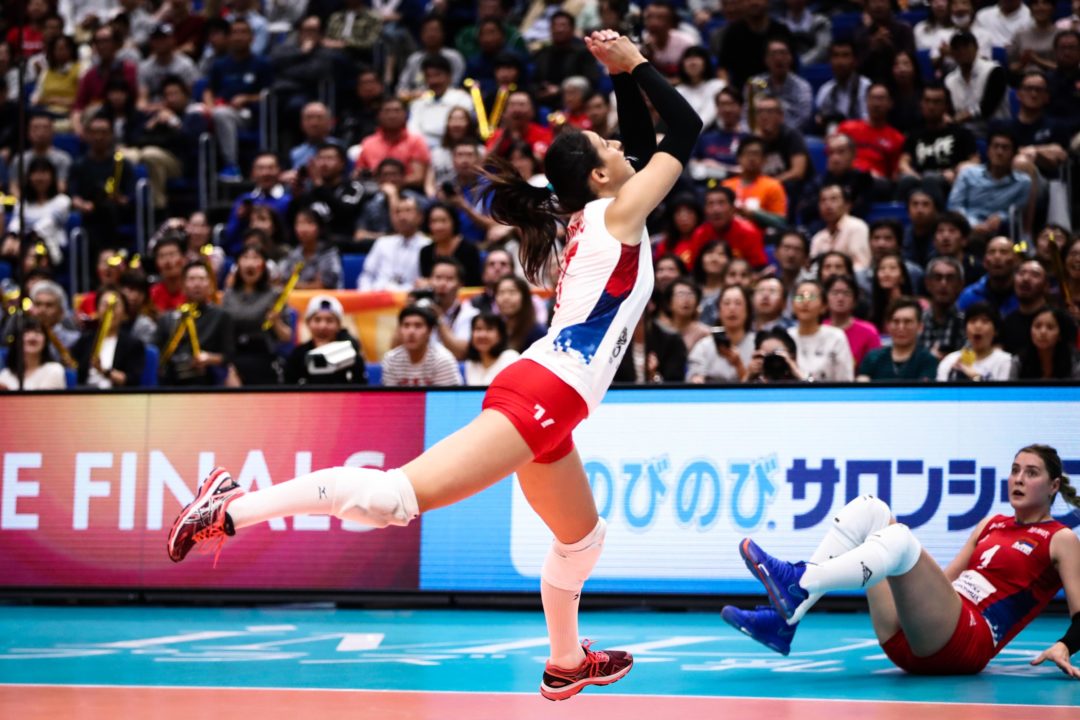 The gold medal match between Serbia and Italy was a sell-out crowd, but that wasn't enough to bring up lagging attendance throughout the tournament. Current Photo via FIVB

The women’s volleyball World Championship gold medal match filled the Yokohama arena to its capacity of 11,500, but overall, the final round attendance continued the narrative of disappointing attendances that have plagued the tournament.

The ‘final site’ matches, which included 2 semi-finals, and the matches to determine the gold medalists, bronze medalists, and 5th-place finishers, saw only 2 sellouts of the Yokahama arena. The semi-final matches, without the host Japan participating, drew just 6,450 and 7,600 fans, respectively.

Besides the gold medal match, the other sellout was actually the 5th-place match between the United States and the hosts Japan, which happened after the semifinals. The bronze medal match, which immediately preceded the gold medal event, drew 11,000 – just short of an official sellout.

Those final 5 matches drew an average of 9,610 spectators per, which is down from the 11,950 averaged in the final round at the 2014 event in Milan, Italy. In 2014, the host nation played in (and lost) the bronze medal match, and there was no 5th-place match, but the overall attendance even with one fewer match for the final round was almost the same as 2018.