2019 #EuroBeachVolley To Be Hosted In Moscow, Russia 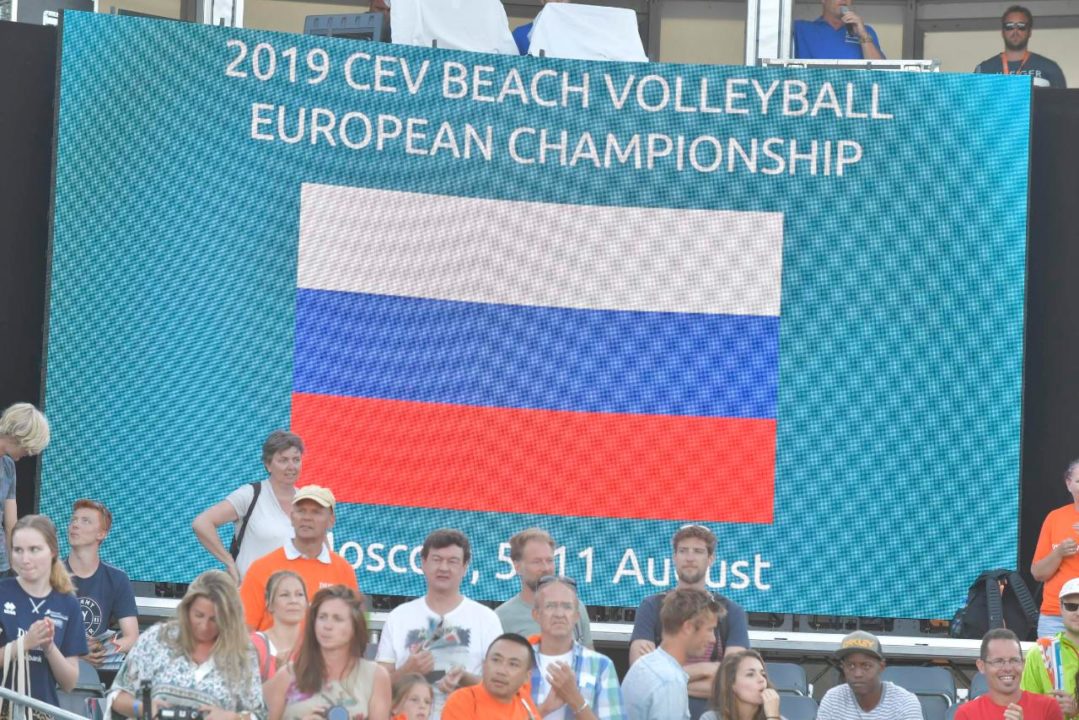 Russia is completely dominating the sport at the youth level, but is lacking titles in the senior circuit. Will its athletes be able to break through with the help of their home crowd next year? Current Photo via CEV

Shortly after the completion of this year’s Euro Beach Volley, which was held across four cities in the Netherlands, the European Volleyball Confederation announced that the 2019 edition of the event will be taking place in Moscow, Russia, from August 5 to 11. This is the first time that the continental competition will return to Russia’s capital since the 2005 edition. Having hosted the even in Sochi in 2009, this means that the 2019 edition will become the third time Russia has hosted the event since its inception in 1993 for men and 1994 for women.

Here is how Russian Volleyball Federation’s president, Stanislav Shevchenko, reacted to the news.

“I am proud to say that Russia will host the 2019 Beach Volleyball European Championship. It is a great opportunity for Russian sports to organise this event. Beach Volleyball is developing very fast in Russia and raising the interest of spectators and fans alike. I want to express our gratitude to the European Volleyball Confederation for their trust. We, as organisers, have great experience in holding international tournaments in Volleyball and Beach Volleyball. I am confident that the tournament will be held at a very high level with tremendous support from the audience.”

Shevchenko is right, as Russia is indeed growing in the beach volleyball rankings. Last year their rising stars completed an unprecedented clean sweep of all titles at stake in CEV age-group championships (U18, U20 and U22). However, its last major senior title came all the way back in 2006 with Natalya Uryadova and Alexandra Shiryaeva. Will Russian players be able to break through with the help of their home crowd next year?

The @beachvolleyvikings of @andybmol and @christiansorum ticked off one of their dreams this past weekend as they took GOLD at #EuroBeachVolley! Enjoy some highlights, their reaction and a coach who delivers on a promise here… (swipe right)! #BeachVolleyball