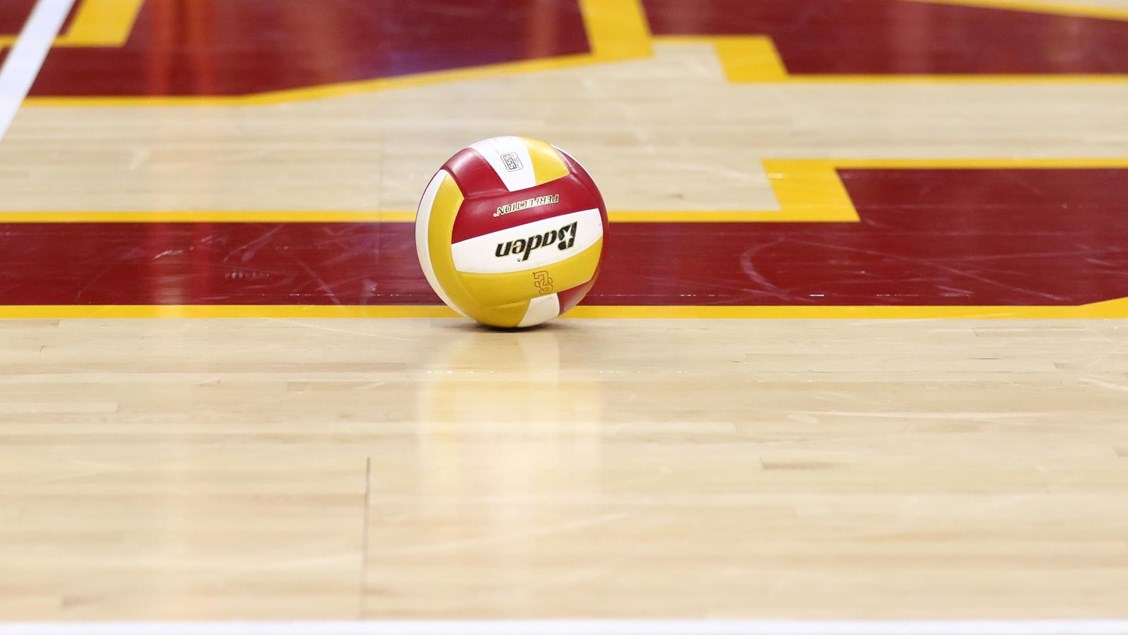 The Women of Troy will play 22 matches against opponents that made last season’s NCAA tournament including a rematch with national runner-up Florida on Aug. 31, in Gainesville, Fla. Current Photo via USC Athletics

LOS ANGELES – The USC women’s volleyball program—an NCAA regional finalist in 2017—unveiled its 2018 competition schedule on Monday, June 18. This fall, the Women of Troy will play 22 matches against opponents that made last season’s NCAA tournament including a rematch with national runner-up Florida on Aug. 31, in Gainesville, Fla.

The Trojans were chosen to appear on the Pac-12 Networks’ channels in 11 matches and will be shown live on ESPN when they take on the Gators at Exactech Arena, the site of last year’s season-ending regional championship match.

Out of conference, USC has scheduled eight opponents that received NCAA tournament bids in 2017. The Trojans renew their four-year round-robin tournament with Kentucky, Creighton, and Northern Iowa to open the season. The teams will do battle at Galen Center to break the seal on the Crouch era on the weekend of Aug. 24-25.

After opening weekend, the Trojans hit the road for three consecutive non-conference tournaments. USC will also take on Louisville and Central Florida in Gainesville, Fla. (Aug. 31-Sept. 1). The Trojans then head to Milwaukee, Wis., for a tournament hosted by Marquette where they will also play BYU and Syracuse (Sept. 7-8). USC then closes the non-conference slate against San Diego, an opponent it beat at Galen Center to advance into last season’s NCAA regional championship semifinal.

USC must again traverse the always-competitive landscape of the Pac-12, which sent nine teams to the Pac-12 tournament in 2017. The Trojans open their league run against rival UCLA at Galen Center on Sept. 19. The Women of Troy will face Colorado on the road (Sept. 23) and will conclude the home schedule against Utah on Nov. 21. USC faces the Buffaloes and Utes just once each in 2018; but will have to contend with defending conference champion Stanford twice (Sept. 28 and Oct. 26).

The Trojans return the services of last year’s leading scorer Khalia Lanier (4.86 pps). Now a junior, Lanier was named a first-team AVCA All-American in 2017. USC’s pin-attack will also feature sophomore Brooke Botkin, who became a top contributor to close her freshman campaign (2.07 kps). Senior libero Victoria Garrick returns after she became the program’s 17th player to collect over 1,000 career digs last season. The Trojans’ starting setters senior Reni Meyer-Whalley and junior Cindy Marina also return to the lineup along with junior defensive specialist Jenna Adams, who appeared in all but one match in 2017.

Last fall, the Women of Troy (25-10) received the 10th seed and appeared in the program’s 27th consecutive NCAA championship tournament (35th all-time). The Trojans defeated Central Arkansas in the first round and upended No. 9-ranked San Diego in the second round to advance to the Gainesville Regional Championship hosted by No. 2-seed Florida. There, USC took down seventh-seeded Minnesota in a three-set sweep to advance to the team’s sixth NCAA regional title match in eight years. The Women of Troy finished in second place in the Pac-12 (14-6) after being selected to finish sixth in the coaches’ preseason poll.

Fans can purchase tickets at USCTrojans.com/tickets. For more information on the USC women’s volleyball team and a complete schedule and results, please visit USCTrojans.com.