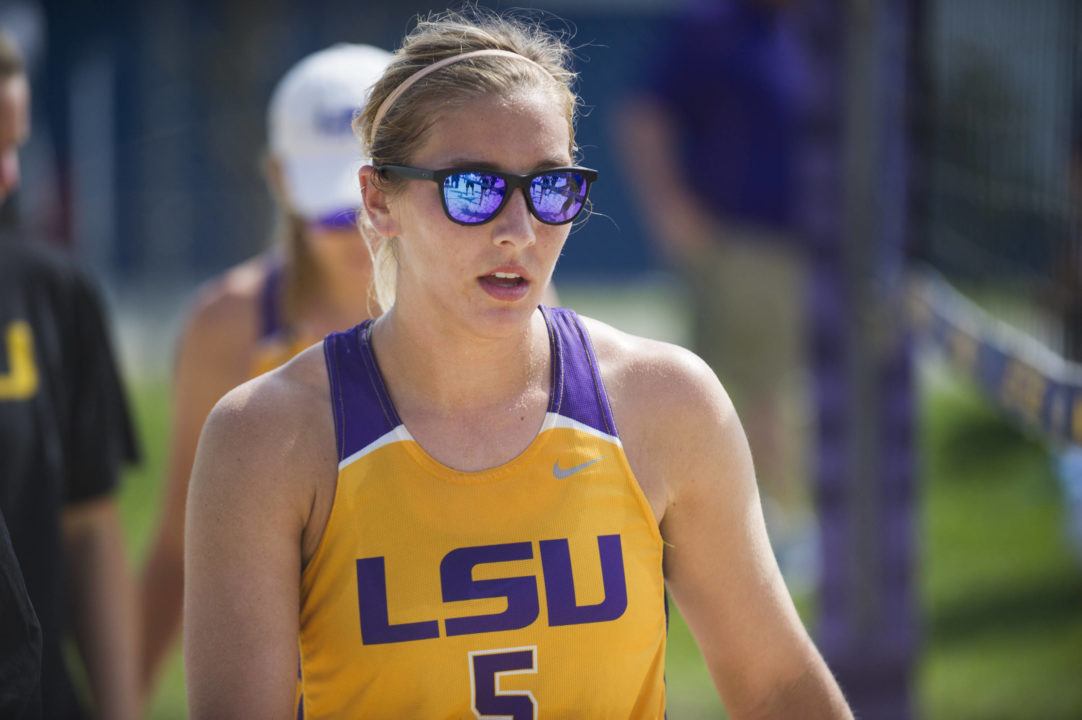 The biggest story of Sunday’s NCAA beach action was the conclusion of the LSU Tiger Challenge in Baton Rouge, where the 8th-ranked Tigers finished out their weekend undefeated with wins 4-1 over North Florida and 3-2 over a hot FIU team.

“When you look across the board and you see so many pairings with such great records and playing so well, it becomes fun to walk out there and feel confident that you’re going to get wins across your lineup,” said LSU head coach Russell Brock.

“We’ve been continually tweaking the lineup, and we’ll probably keep making tweaks this week to fine-tune. We knew coming in it was going to be a battle. Honestly, we haven’t had a great record at home and to come in and really make a stand by coming out on top in four matches at home felt really good.”

South Carolina added two more wins to their total at the same invite over the weekend, sweeping UAB and Florida Gulf Coast. That FGCU win was much more dramatic than the 5-0 win looks on paper. The first two lines, 4 and 5, went the way of the Gamecocks. Meanwhile, FGCU won the opening set on the other 3 courts. South Carolina was perfect from there-out, though, and dominated most of the last 3 sets at the top 3 lines to polish off the seep.

In the lone game we found out west on the day, Nebraska topped Utah 5-0 in a non-tournament game in Honolulu. Both teams played in the Outrigger Invitational on Friday and Saturday, and stuck around for a bonus match before returning to the mainland.