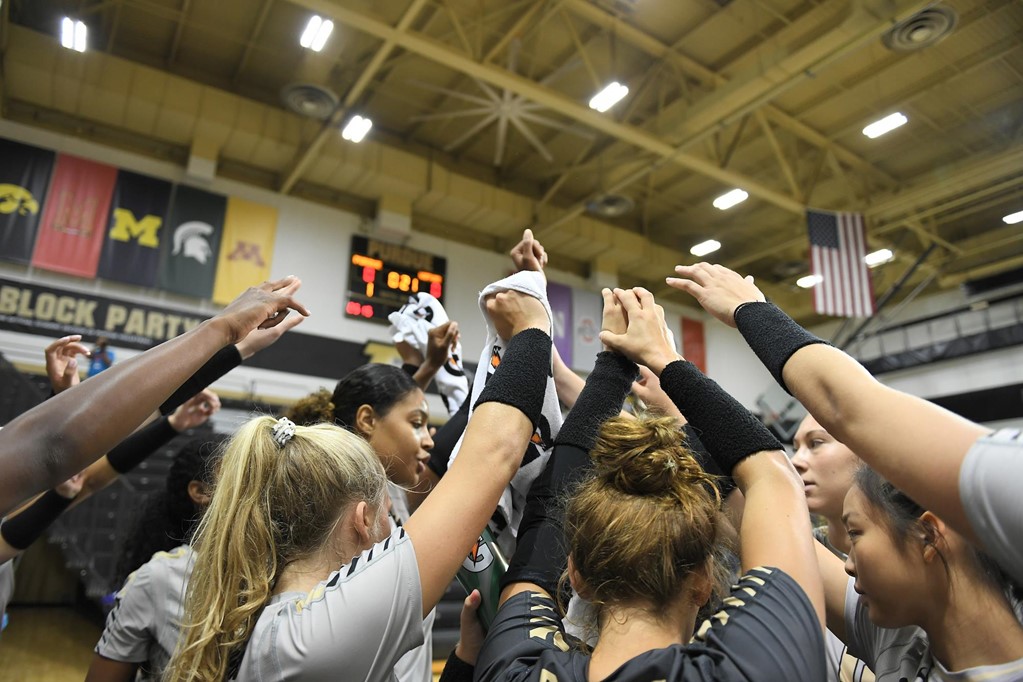 Purdue will play Illinois on Friday in a battle of unbeatens. Archive Photo via Purdue Athletics

6 teams remain undefeated on Tuesday, with conference play officially slated to begin this week. That’s 1 fewer than there were heading into conference play last season, with none of the teams overlapping.

While most of the undefeated teams start conference play at home, the big exceptions, and highlights, are Illinois and Michigan. Illinois will travel to play at Purdue, who is also undefeated, next week, in front of a Purdue home crowd that has averaged over 2,000 fans this season (90% of capacity at Holloway Gymnasium).

Michigan, meanwhile, travels to play in front of the largest home crowd in the nation at Nebraska, the defending NCAA Champions. While the 9-1 Huskers are not undefeated this season – they lost their opener to Florida – they got their start transfer outside hitter Lexi Sun back this weekend, and have only dropped 4 sets total since the Florida match.

In fact, almost all of the teams on this list face a big match in their opening week of conference play. Portland has to play 10-1 Loyola Marymount, BYU has to play 8-2 St. Mary’s, and Pitt has to play 9-3 Virginia Tech (though the Hokies have lost 3 of their last 4). Pitt looks most likely to come out of this week still undefeated, followed by BYU.

We know that there will be no more than 5 undefeated teams after week 1 of conference play. Our best subjective projection has the number likely to fall at 3 or 4.