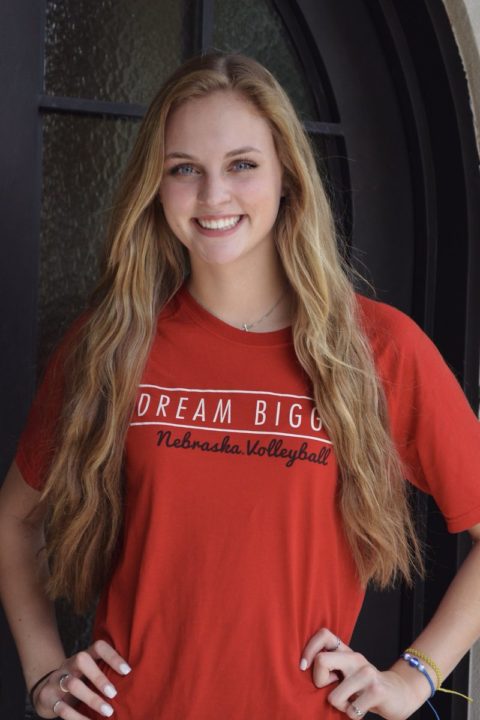 The 2021 recruiting class for Nebraska didn’t need much more to add to its prowess, but did anyway as they have landed the commitment of outside hitter Ally Batenhorst.

Also committed to the Huskers for 2021 and registered in the VolleyMob Recruiting Database are setter Kennedi Orr, middle blocker Rylee Gray, outside hitter Lindsay Krause and defensive specialist/libero Alexis Rodriguez.

Adding Batenhorst to the group had Nebraska assistant coach Kayla Banwarth ecstatic about the future of the Huskers as well:

Batenhorst is a member of the U.S. Girls’ Youth National Team along with both Orr and Krause. Over the summer in the NORCECA Girls’ U18 Continental Championship in Tegucigalpa, Honduras, she had a 12 point match (with 10 kills) in a sweep of Barbados.

On the club circuit, she plays for Houston Juniors and the HJV 17 Elite team. She was actually born in Omaha too and grew up a Nebraska football fan.

Nebraska is off to a 9-1 start to the 2018 season and ranked fifth in the latest VolleyMob Top 25 Power Rankings as they head into Big Ten action and matches against Michigan and Michigan State this week. They are also the defending National Champions after a 32-4 season in 2017.

so excited to say i have verbally committed to play volleyball at the University of Nebraska!! thank you to everyone who has supported me!! GBR❤️❤️ pic.twitter.com/awYcm3VQda