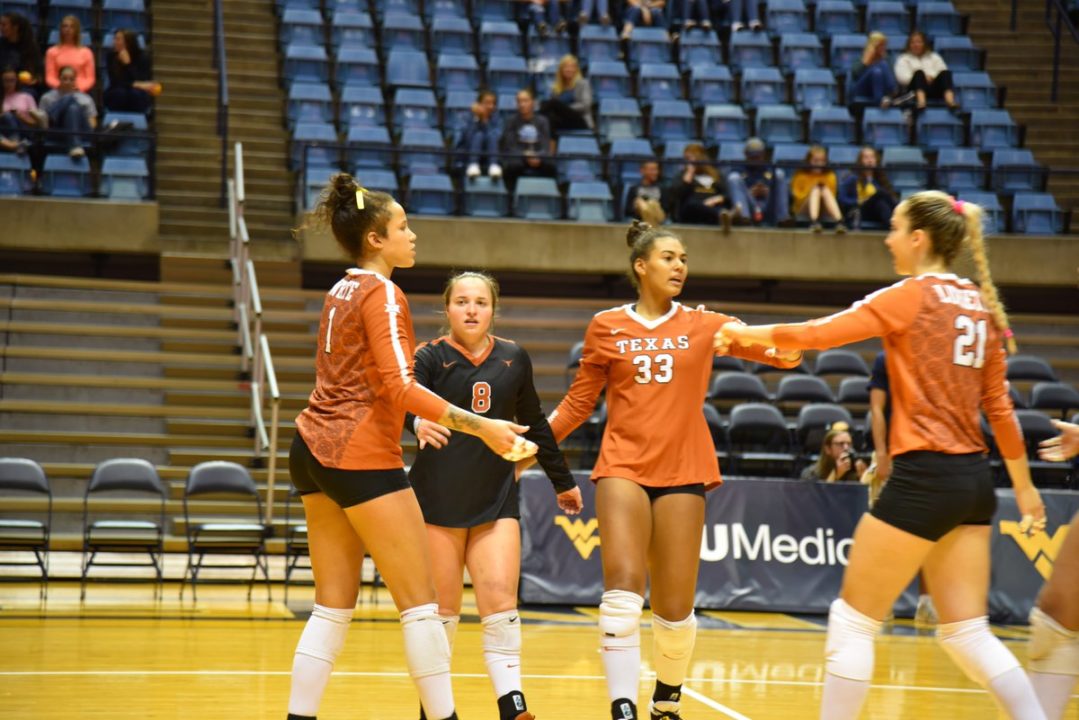 With just two matches in the Big 12 Saturday, both road teams went home victorious. In the early match, #6 Texas rolled past West Virginia in three sets. This evening in Manhattan, Kansas, it was TCU picking up the four set win over Kansas State, keeping the Wildcats winless in conference play.

TCU picked up a four set road win over Kansas State, keeping the Wildcats winless in the Big 12.

The Horned Frogs were the aggressor in the opening set, as they jumped out to a 19-15 lead. But Kansas State rallied to tie the match at 20, before a late spurt gave TCU the first set, 25-22.

Kansas State responded in the second by taking the first three points and building an 11-point lead at 17-6. The Wildcats stayed aggressive and held off TCU, 25-18 to even the match.

TCU took the lead at 14-13 in the fourth and never relinquished it. The Horned Frogs were able to counter a Kansas State rally and hold off the Wildcats, 25-22 in the fourth.

Butler has her 6th kill and Texas leads, 20-11 in the second set. #PointTexas 🤘 pic.twitter.com/c2W8eUmEJS