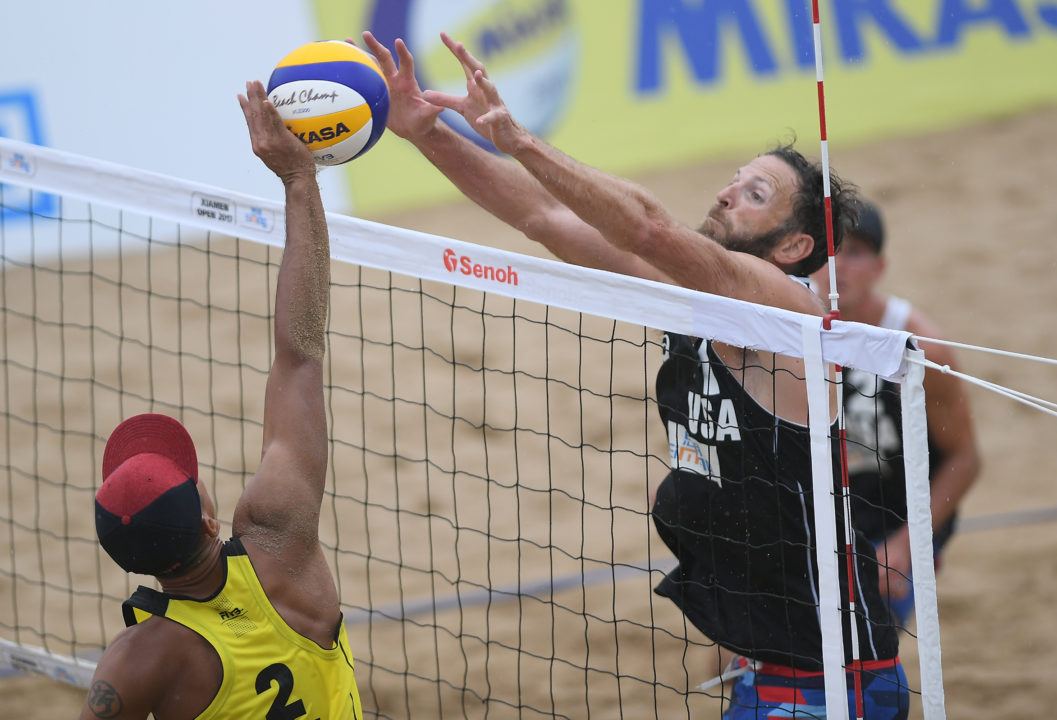 Saturday's action at the AVP Tour opener in Huntington Beach included another upset from #7 Ryan Doherty and John Hyden to make the semifinals. Archive Photo via FIVB

Saturday’s action at the AVP Tour opener in Huntington Beach included another upset from #7 Ryan Doherty and John Hyden to make the semifinals.

Hyden and Doherty made waves in Friday’s early rounds, beating two-seed Brunner/Patterson. Saturday, Hyden and Doherty lost to Olympians Phil Dalhousser and Nick Lucena, but then managed to beat 4-seed Crabb/Rosenthal in the loser’s bracket to make the semifinals.

Dalhausser and Lucena will be in the other semifinal, playing Brunner and Patterson, who earned their way back into the semis after two wins in the loser’s bracket. Hyden/Doherty will play Taylor Crabb and Jake Gibb, the top-seeded team which has not dropped a match yet this week. Crabb/Gibb beat up on Allen/Slick in Saturday’s first match, and the losing duo went on to face Brunner/Patterson for that final semifinal slot.

Both semifinals will take place Sunday morning. The gold medal final is in the afternoon on Sunday.